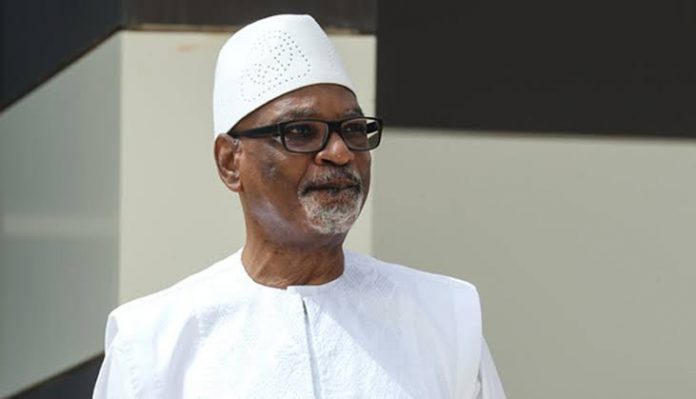 Family and medical sources have revealed that the head of Mali’s new junta visited the man he ousted, Ibrahim Boubacar Keita, yesterday at a hospital where the former president is being treated for a mini-stroke.

“A delegation from the ruling military, led by Colonel Assimi Goita, visited (the) former president in the clinic,” a doctor told AFP, speaking on condition of anonymity.

Relatives of Keita confirmed the visit.

Keita, 75, was admitted to a private health facility in the capital Bamako on Tuesday after suffering a so-called transient ischaemic attack, a doctor said on Wednesday.

This occurs when the blood supply to the brain is disrupted for a few minutes, causing stroke-like symptoms such as numbness on one side of the body, vision difficulties or confusion in understanding speech.

These events typically last only a few minutes but are viewed seriously by doctors as they can be a precursor for a full-fledged stroke.

Another doctor said on Thursday that Keita “is doing well.”

“He spent a second night here, more for the peacefulness of the surroundings than anything else,” the source said.

Verdict on 2020 presidential elections dispute to be delivered within 42...