Nana Appiagyei Dankawoso I, the President of the Ghana National Chamber of Commerce and Industry has pledged his commitment to settle the fines of prisoners who committed minor offences quarterly, for them to be freed.

The step was to reduce the number of inmates in prisons, especially during this COVID-19 period where people are encouraged to observe the social distancing protocol and allow such prisoners to restore their lives.

The prisoners who would benefit from the gesture, include those who committed minor offences and were subjected to either a fine or a term of imprisonment and their inability to settle the fines took them to Prison.

Nana Dankawoso, made this known to the Ghana News Agency on Friday when he paid a visit to the Nsawam Prison to donate to the inmates and officers.

The donated items, valued at GHC20,000.00 comprised bags of rice, gallons of cooking oil, boxes of carbolic soap, packs of sanitary towels, and packs of bottled and sachet water.

Nana Dankawoso said he believed that no crime should go unpunished, “however, people who committed petty crimes deserved a second chance to mend their ways and live better lives”.

He said apart from the Nsawam Prison, the Kumasi Central Prison and other prisons would also benefit from the gesture.

“Many of the people who became leaders across the globe one time were imprisoned before becoming leaders. So when one goes to prison, it does not mean the person can never become someone better in society or make an impact on society,” he said.

He appealed to government and private entities to help to improve the conditions of prisons in the country.

He also advised members of the public to pray often and try to stay out of trouble, as the prison was not a place for anyone.

Assistant Superintendent of Prisons Solomon Nanavi, the Assistant Public Relations Officer of the Nsawam Prions, said the gesture by Nana Dankawoso would help to reduce the pressure on facilities of the Prison and enable the prisoners to stay safer than they were.

“This morning, for instance, we had 3,500 inmates and although we try to practise the safety protocols by ensuring that everyone washes his or her hand and uses hand sanitizer, practising social distancing has been difficult because of the number of inmates here. He said. 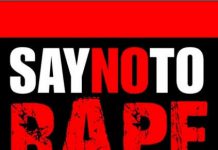 Grandmother Dies of Shock After Witnessing Rape of 3 Granddaughters