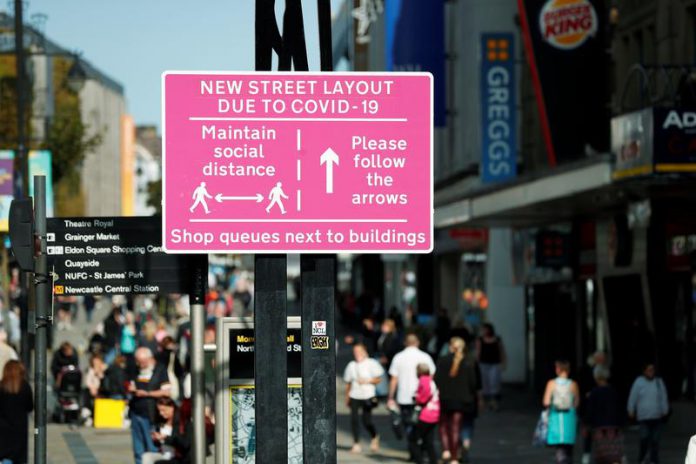 A leading epidemiologist has said on Saturday that Britain is likely to need to reintroduce some national coronavirus lockdown measures sooner than later, as new cases rose to their highest level since early May.

A professor of epidemiology at London’s Imperial College and a former government adviser, Neil Ferguson said, ‘ the country is facing a “perfect storm” of rising infections as people return to work and school.”

The prime minister, Boris Johnson said on Friday, September 18, that even though he did not want another national lockdown, the new restrictions may be needed because the country was facing an “inevitable” second wave of COVID-19.

It was gathered that ministers are considering a second national lockdown, with the increase in the infection rates of COVID-19, rise in hospital admissions and soaring infection rates across parts of northern England and London.

“Right now we’re at about the levels of infection we were seeing in this country in late February, and if we leave it another two to four weeks we’ll be back at levels we were seeing more back in mid-March, and that’s going to – or could – cause deaths,” Ferguson explained.

Government data on Saturday showed 4,422 new cases, 100 more than on Friday, which is the highest daily total since May 8, based on positive test results.

The true rate of infection is likely to be higher. Britain’s statistics agency said on Friday that around 6,000 people a day in England alone probably caught the disease during the week to Sept. 10, based on its random testing.

Scotland’s First Minister Nicola Sturgeon asked Johnson to meet her and the leaders of the devolved governments of Wales and Northern Ireland within the next 48 hours to try to ensure coordinated measures across different parts of the United Kingdom.

“We know from experience earlier in the year that speed and decisiveness of action is important in the fight against COVID,” she stated.

Britain has suffered Europe’s highest death toll from COVID-19, with more than 41,000 deaths on the government’s preferred measure.

Britain’s capacity to test for coronavirus infections has also been strained since schools in England reopened this month, with many reports by people that tests were unavailable or only possible at locations hundreds of miles away.

The sharp increase in infections has not yet led to much new fatalities as expected – mostly because the cases have been concentrated among younger people. However, hospital admissions are now beginning to rise.

Ferguson opined that future lockdown restrictions did not need to be as strict as those introduced in March to be effective in slowing the renewed spread of the disease.