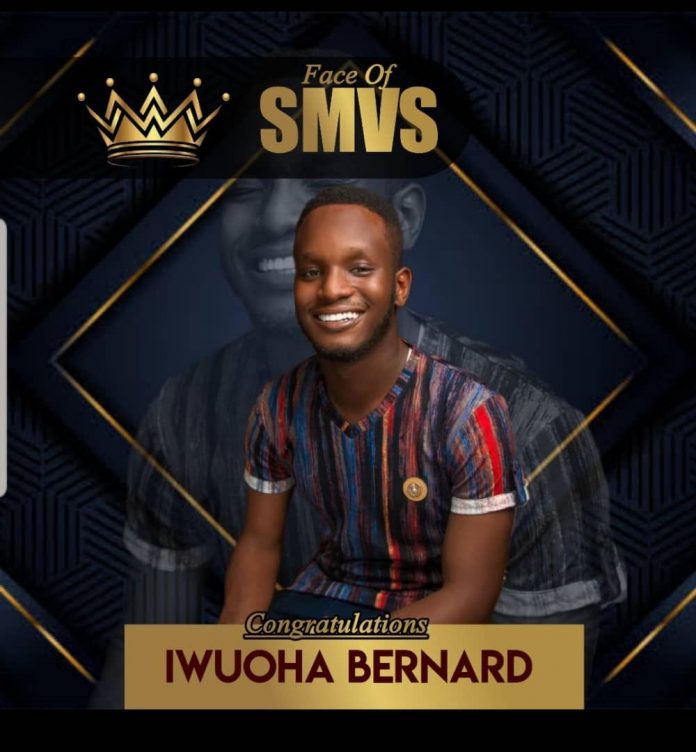 By Adenike Fagbemi
Following a keenly contested competition, 27 years old Bernard Chinonyelum Iwuoha has emerged the face of online global market, ‘Spangler Market & Vent Sq’.
Announcing the winner on Friday, May 15, founder of the platform, which boasts of over 170,000 users, Purity Abhulimhen, described him as a gentle and respectful man known for his loyalty to his friends in helping them win social media contests.
According to her, these are some of the qualities that drive the members of Spangler Market and is the thrust of its activities.
*She said; “During the campaign period, Iwuoha was able to prove his abilities, not just in popularity, but with the way he carried people along, especially when he introduced his #TAGROID campaign. As a platform, Spangler Market is devoted to helping people win in their businesses, and the Iwuoha has shown over time that he possesses that drives others to achieve their goals.”*
Speaking about his victory, an excited Iwuoha said that when he entered for the competition, he was not certain about winning.
“I was initially aiming for second place due to the big names that I kept hearing about. Although, I asked some close friends before registering to solicit their supports and they gave their go-ahead before I entered into the competition but, I guess after my showing at the first stage, I was crazy to start having the winning mentality,” he said.
Popularly known as Omekagụ on Facebook, the graduate of Biochemistry from the University of Nigeria, Nsukka further stated that winning the competition has fueled the zeal to succeed in more of his endeavours.
“I am looking at starting my personal brand and being an ambassador of Spangler Market means I have to represent the brand in a positive manner by encouraging my friends who are business owners to make use of the advantage the market gives to showcase their brands which will surely be beneficial to both the market and the brand owners,” he added.
For winning the competition, Iwuoha goes home with N350,000 cash, a luxury night at a 5-star hotel, three months free data subscription, complete company branding including CAC business name registration of his company as well as a Spangler Immunity Card which gives him access to free slots for its online trade fair, 30% off any products he wants to purchase, free verification and lots more.
One of the most popular online market platforms in Africa, ‘Spangler Market & Vent Sq’ is a social community global market were buying, selling and other forms of businesses take place.
According to Abhulimhen, the aim of the platform is majorly to ease the buying and selling process and also help lots of Nigerians who can’t afford shops to sell their goods and services.
It also serves as an avenue for members to vent their business struggles, adventures, trials, and frustrations.

UK Economy In Recovery Mode Ahead Of Lockdown Easing

Explainer: What we know about the variant in India as coronavirus...

8 foreigners who tested positive for Indian COVID-19 variant confined in...

Miyetti Allah Chairman In Kogi Was Arrested, Not Kidnapped – Group