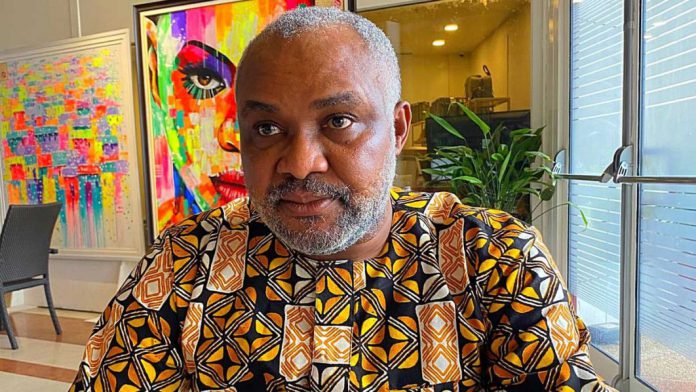 The rights group posited that this policy is forcing manufacturing companies and factories to shut down and relocate to neighbouring countries like Ghana and Benin Republic with friendly business climate.

HURIWA’s National Coordinator, Comrade Emmanuel Onwubiko, in a statement, said Nigeria’s economy is crumbling under President Muhammadu Buhari, as his National Economic Council(NEC), led by Vice-President Yemi Osinbajo, has not done much in this regard.

The group said though Buhari promised to uplift millions of people out of poverty, when he campaigned for office in 2015, he has done exactly the contrast of what he promised, as the economic decisions of his government have put more Nigerians into poverty with the unemployment rate standing at 33.3 per cent, meaning about 23 million agile and active adult Nigerians are jobless.

“it is so unfortunate that all indices of economic development are in red and the levels of unemployment and poverty, hunger have ballooned out of control and it is so clear that there is a disconnect the economic team of President Buhari if they are indeed still in existence.

“It is evident that the soaring prices of diesel, cooking gas, electricity tariffs and the general sources of energy make it difficult for businesses to thrive in Nigeria. Yet, the government is insensitive by imposing multiple taxations and unthinkable excise duties to further burden businesses who are supposed to be encouraged to keep providing jobs for citizens as the government has no job anywhere.

“With inflation rate at a new 17-year high of 20.77% in September 2022 and food inflation at 23.34%, according to the National Bureau of Statistics, prices of food and essential commodities have skyrocketed to more than 100% in some cases. “

Onwubiko appealed to the government saying:

“The Federal Government must take steps to avert the total collapse of the economy of Nigeria because if the economy collapses then constitutional rule and democracy will inevitably collapse. The government must build back the confidence of manufacturers by removing burdensome taxes and duties, incentivise businesses with tax breaks to retain them in Nigeria, amongst others. check the government’s assisted massive thefts of crude oil resources and financial leakages in the system fueling the general condition of economic paralysis.”

Crisis erupts Labour Party as Doyin Okupe, 11 others expelled over...