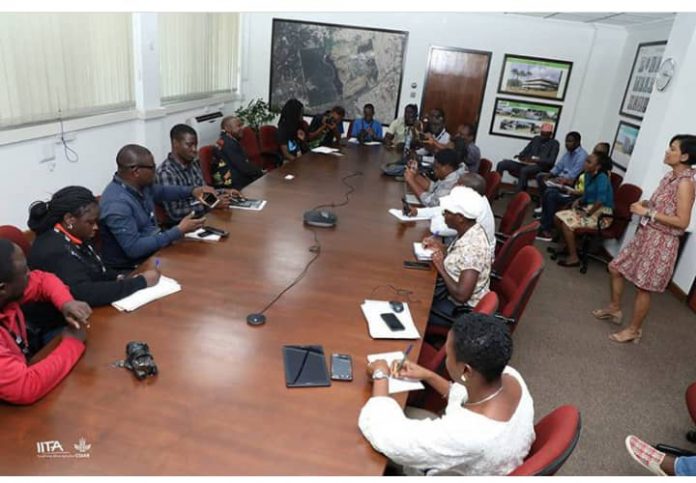 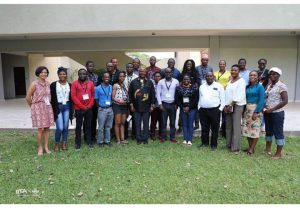 No fewer than 20 media practitioners from countries across Africa have undergone a 3-days training program on Research Evidence Dissemination for Media Intermediaries.
The workshop was organised by the International Institute of Tropical Agriculture (IITA) led Enhancing Capacity to Apply Research Evidence in policy for youth engagement in agribusiness and rural economic activities in Africa (CARE) funded by the International Fund for Agricultural Development (IFAD), in a bid to spur favorable policies for youth engagement in agribusiness and economic activities in rural Africa.
The participants were selected from a range of both private and government-owned media organisations within sub-Saharan African countries as part of the projects objective to strengthen the capacity of media partners to be able to report in-depth stories related to the activities and the research being carried out by the awardees under the project. 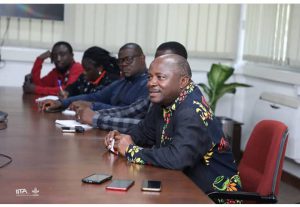 The training covered networking as well as engagement sessions during the 3 days while addressing the basic challenges facing African agriculture, the value chain and dissemination of agricultural research work being carried out on the Continent.  During interactions, it was noted that these challenges cut across; low demand, poor access to market, climate risks, technology, infrastructure, institutional weaknesses and inconsistent government policies.
In her remarks, the project Communication Specialist, Ms. Timilehin Osunde explained that the CARE Project ultimately intends to have impact on youth and partners capacities to deliver research results that will contribute to improved policies aimed at supporting youth in agribusiness and other non-farm rural economic activities.
According to Ms. Timilehin, the project seeks to improve the availability, exchange, dissemination and use of research findings in the field of agribusiness and rural economic activities from young African scholars into policy and practice in support of economic growth and achievement of the Sustainable Development Goals, working at local, national and regional levels in Africa.
“Media practitioners should ensure they write with data and be research driven as it proves credibility. In this age and time where we are beginning to lose our grip, the best way to hold the government and other institutions accountability is through data based reports. Criticism is not enough, linking your report with facts and evidence speaks volume and we need to start embracing that fact,” she noted.
Facilitators at the workshop; Terna Gyuse and Ruth Oluronbi; a freelance journalist with Bloomberg Africa charged the journalists to practice more of Solutions Journalism, this is a method of telling research stories from the solutions perspective.
Both facilitators shared modules of story framing, the first steps identified were; Who is doing what and why, being more conscious of its significance, working closely with adequate sources [people who knows about the story, are affected and influencing the story].
Another module for story framing identified by Ms. Oluronbi was; Understanding the target, outlining solutions, getting a workable budget, drafting a treatment plan, being open to collaborations and always including synopsis when trying to pitch a story.
Ms. Oluronbi also encouraged the journalists to work with data as it proves credibility. She reiterated the fact that data is information either in text, video, audio and it can be gotten from research reports, investments reports, and global development and research organisations such as – ILO, World Bank, IITA – among others. In cases where we have a lot of data competing with the brain, she advised that they speak with colleagues who have knowledge about it whatever information is needed to write the stories.
Speaking to fellow training participants, on the tools that can help make writing agriculture easy, Busani Bafana, a correspondent with the Inter Press Service (IPS), covering agriculture and climate change advised that media practitioners should be more creative in writing, and should never forget that the field is an average journalists canvas, “as an armchair journalist cannot get the real insight, use the right terms and understand the principles surrounding the research work, read wide and yearn to increase your knowledge about what you are writing, not just read”, he added.
While expressing displeasure at the lukewarm attitude of reporters as far as data driven reporting is concerned, one of the researchers at IITA and an Economist, Dr. Djana Mignouna, confirmed that journalists are always in a hurry to publish stories, he also stated that they do not make extra effort sometimes to do background checks. “They sometimes also misinterpret data as far as writing research based reports are concerned”, he added.
The solutions to these according to him is that, African journalists should read broad and wide on subject matters before reporting them. The average African journalist should also endeavour to work with researchers time, and create a level ground when trying to get information, this would help maintain a relationship between the researcher and the journalist.
He backed this up by saying poor or lack of proper research makes a piece of work from a journalist watery and cannot drive change in any sector as it should.