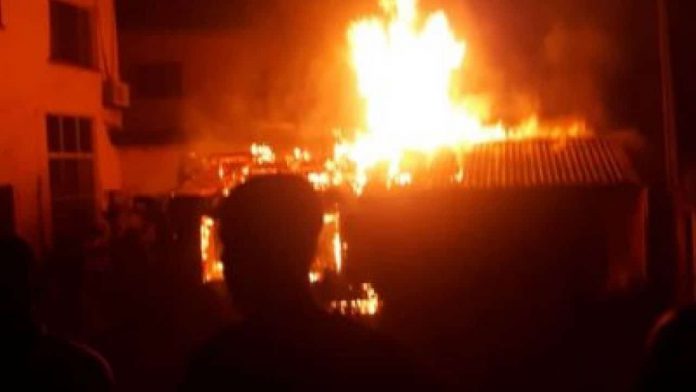 The arsonists carried out the attack in the early hours of Thursday, November 10. A resident of town Taiwo said;

“The prompt intervention of men of fire service stopped the fire from spreading to the hall and other sections of the office.

“Firefighters recovered bread, petrol kegs and fix-cap and knives used by the hoodlums. They made petrol bomb to carry out the attack by soaking bread in petrol. They really tried by extinguishing the fire. I hope that

vital documents of INEC is still safe because the fire gut some offices.”

The Nation reported that spokesperson of Osun INEC, Mrs Oluwaseun Osimosu who confirmed the incident, said the Resident Electoral Commissioner Dr Mutiu Agboke will brief journalists on the development later in the day.