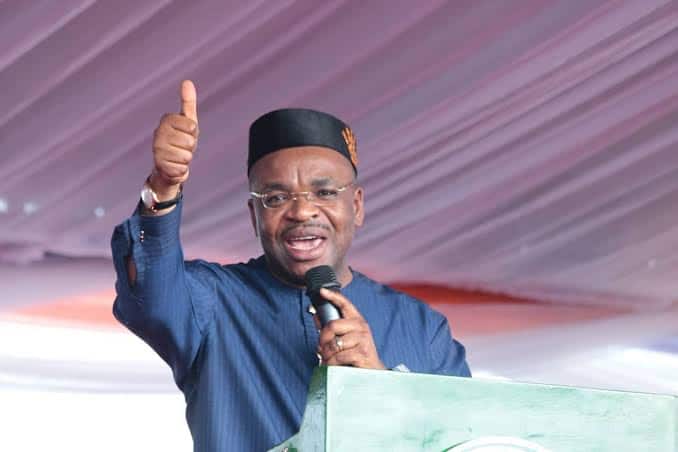 Akwa Ibom Udom Emmanuel has denied reports he plans to resign as chairman of the Atiku/Okowa Presidential Campaign Council(PCC).

Addressing party supporters during the official flag-off of the PDP gubernatorial election campaign at the Nest of Champions, Uyo,  Emmanuel described the rumour as an expression of apprehension by opponents over their impending loss to the PDP I’m 2023.

“They have seen that we are coasting home to victory, that’s why they are bringing that up now. So don’t listen to all those rumours. Don’t listen to that fake news. I am here, a very loyal and committed party man and I stand here as Chairman of the Presidential Campaign of Atiku, Okowa. I am not going anywhere. We are going to win together.”

He assured with the candidate of the PDP, Pastor Umo Eno, as Governor, the state will never go back to the dark days of violence and crime.

Speaking on the Senatorial elections, Governor Emmanuel explained to the people that his respect for the age-long rotation principle in Eket Senatorial District made him decline the call to go for the Senate after his governorship tenure as the zoning favoured Ikot Abasi Federal Constituency.