The Ghana Armed Forces (GAF) has denied reports of civilian molestation by soldiers deployed at Aflao and its environs.

It said the deployment of troops in conjunction with other security agencies along Ghana’s Eastern border was to ensure the protection of the citizenry and not to intimidate them.

A few days ago, there was a report of alleged intimidation and molestation of residents of Aflao by military personnel who were deployed there to protect the country against external aggression.

The report draw comments from the chiefs and people of the area, the Member of Parliament for Ketu South, Fifi Fiave Kwetey and former President Rawlings.

But the GAF in a statement signed and copied the Ghanaian Times by the Director of Public Relations, Colonel E. Aggrey-Quashie said, “we wish to state that, this issue has been investigated, and no soldier has been involved in any such act.”

The statement encouraged residents to go about their normal duties without any fear or anxiety.

“We also wish to assure all and sundry that the troops will uphold the high standards of professionalism in the performance of their duties,” it said.

It further stated that, “any incident of infraction of the law, involving any service person, will be thoroughly investigated and the case dealt with in accordance with GAF Regulations.”

Inflation rate rises slightly in July at 11.4 per cent 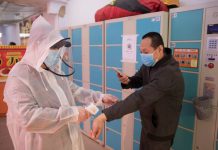