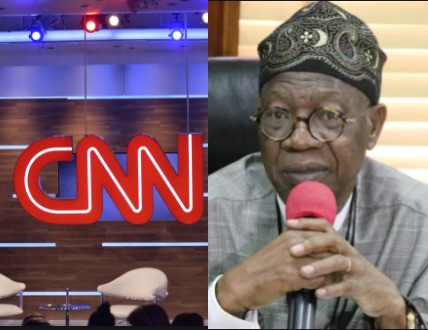 In reaction to the threat of the Federal government of Nigeria regarding CNN’s report of the Lekki shooting documentary, the media organisation has declared to stand by its work.

The reply of the Federal government of Nigeria read in part:

“The CNN report reinforces the disinformation that is going round, and it is blatantly irresponsible and a poor piece of journalistic work by a reputable international news organization.

CNN engaged in incredible sensationalism and did a great disservice to itself and to journalism…This is very serious and CNN should be sanctioned for that. CNN merely said the videos were ”obtained by CNN”, without saying wherefrom and whether or not it authenticated them. Were CNN reporters and cameramen at the Lekki Toll Gate that evening?

This is irresponsible journalism for which CNN deserves to be sanctioned. We insist that the military did not shoot at protesters at Lekki Toll Gate. They fired blank ammunition in the air. Again, anyone who knows anyone who was killed at Lekki Toll Gate should head to the Judicial Panel with conclusive evidence of such.”

Cable News Network, CNN has however made a release in reaction to the threat of sanctions.

“Our reporting was carefully and meticulously researched, and we stand by it. The report was based on testimony from dozens of witnesses, and photos and video obtained and geolocated by CNN. It painted a picture of how members of the Nigerian army and the police shot at the crowd, killing at least one person and wounding dozens more.

CNN verified photos and videos acquired from multiple eyewitnesses and protesters using timestamps and other data from the video files. Video footage shows soldiers who appear to be shooting in the direction of protesters. And accounts from eyewitnesses established that after the army withdrew, a second round of shooting happened later in the evening.

Prior to publishing the report, CNN tried multiple times to elicit comment from the Nigerian army and police. A Lagos State police spokesman declined to comment because of an ongoing investigation. While a statement from the Lagos State government said that there would be no comment while a judicial tribunal was underway.” CNN states 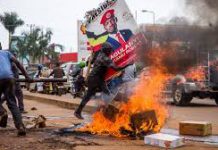 Three Dead, 34 Injured in Protests against Arrest of Uganda’s Bobi...

President of Serbia Enrolls In Sport College, On His Way To...