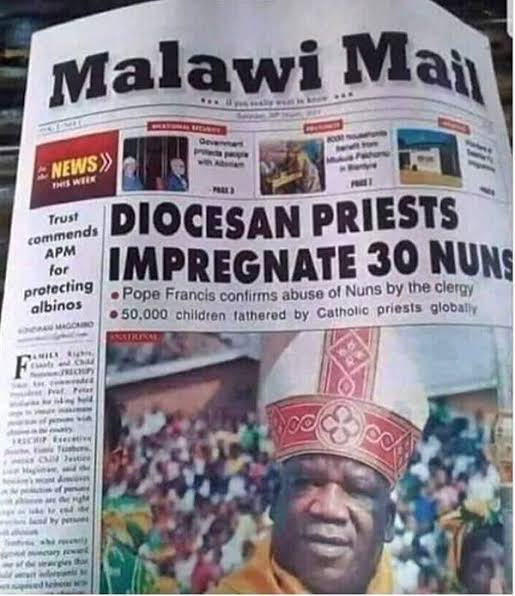 No fewer than 30 nuns have been impregnated by a Malawian Diocesan, the Malawi Mail report reveals.

According to the publication, ​ Pope Francis​ has confirmed reports for the first time.

The reports said the Pope reportedly revealed that priests and bishops in the​ Catholic Church​ had sexually abused nuns and that some priests have been suspended on several occasions with some resulting to the Reverend sisters going into the family way.

PODCAST: The origins of the Brucella Bacteria