Members of the Ghana Registered Nurses and Midwives Association (GRNMA) and Physicians Assistants and Certified Registered Anesthetics yesterday embarked on a nationwide strike to protest against government’s inability to fulfill their demands over their conditions of service.

The action left scores of patients across the country stranded as there was no nurse available to attend to them.

The demands of the 82,000 members include clothing allowance, call credit to be increased and extended to nurses as done for some of their staff and risk allowances.

When the Ghanaian Times visited the Korle-bu Teaching Hospital and the Ridge Hospital in Accra yesterday, several stranded patients were seen conversing in groups while those in pains wailed for help.

A medical practitioner indicated to the Ghanaian Times that the absence of the nurses was affecting their work.

At the Kaneshie Polyclinic, Vivian Arthur reports that the facility was virtually empty with no patients or nurses around.

The Outpatient Department (OPD) which is the first point of call where nurses would normally take the vital data of patients was also completely empty.

Only the Health Information Office Unit and the Zenith Bank collection point were opened to clients as of the time of the visit.

Though the pharmacy department was also opened, the place was quite because there was no patient to attend to.

Mr Gabi Dododza, Health Information Officer at the polyclinic told the Ghanaian Times that patients who were there as of Sunday night were attended to but those who came in yesterday were all asked to go and seek healthcare elsewhere.

According to him, though the doctors were around, they were only attending to critical cases.

“You see the doctors’ work hand in hand with the nurses, but because they are on strike, the doctors cannot work alone. So patients were asked to seek healthcare elsewhere. However, patients that want to see the doctor just for consultation are attended to by the doctor. But so far we have not encounter any challenges,” he added.

From Tema, Godfred Blay Gibbah, reports that the Tema General Hospital was deserted by nurses on duty making it virtually impossible for out-patients to receive medical care as doctors alone could not handle the situation.

The over 50 outpatients that called in the morning were advised by security personnel on duty to go to private facilities for treatment.

However patients on admission were taken care of by doctors with the support of relatives of patients.

One revenue officer on duty said patients who did not know about the strike came around but after learning of the strike, they left for other facilities.

The hospital’s maternity ward and accident and trauma centre had only doctors around who administered care to patients.

Yakubu Abdul-Majeed, reports from Tamale, that, patients at the various hospitals in the Tamale metropolis were yesterday left stranded as no nurse was there to attend to them at various Out Patients Departments (OPDs)

At the Tamale Teaching Hospital (TTH) many of the patients most of whom were women were seen sitting on benches with no nurse at the premises.

One woman, Memunatu Saaka told the Ghanaian Times that no nurse or doctor had attended to her since morning.

“We have been sitting for more than three hours now and nobody is attending to us,” she lamented.

Madam Memunatu said she considered going to a private hospital but she has no money to pay for the service.

Another patient, Sala Baba appealed to the government to respond to the needs of the nurses.

The situation was the same at West Hospital when the reporter visited the hospital at about 11:45 am, while patients were also left to their fate at the Central Hospital in Tamale.

Information reaching the paper from the Savannah and North East regions indicated that the nurses were absent in the hospitals there.

Registered Nurses and midwives at the Eastern Regional Hospital, also joined the nationwide strike declared by their association,

David Kodjo, reports from Koforidua, that nurses and midwives at the Eastern Regional Hospital failed to report to post.

The Casualty Ward was without any staff attending to patients on admission while the Ear, Nose and Throat (ENT) department was locked with a padlock.

Meanwhile, the hospital’s OPD, the pharmacy was functioning as some patients were spotted moving in and out of the consulting rooms.

The doctors were also seen at post going about their normal duties.

The situation was not different in the Sekondi-Takoradi Metropolis and beyond, Clement Adzei Boye and Peter Gbambila, report from Takoradi.

The Medical Director of the Effia Nkwanta Regional Hospital (ENRH), Dr Joseph Tambil, confirmed to the Ghanaian Times that members of the group had embarked on the strike at the facility, but, did not give any further details.

Meanwhile, reports from some health centres were mixed as professionals were in a fix as to what to do, particularly, as they operated in peculiar environment.

“We are watching; but, those of us in the communities have peculiar circumstances when it comes to gynaecology (labour) and critical cases.” a Physician Assistant who does not want to be named said.

From Ho, Kafui Gati reports, that the strike action left many patients and pregnant women stranded as some were not aware of the strike.

When the Ghanaian Times got to the Ho Municipal Hospital a task force of the GRNMA was seen going round to stop members who were at post from working.

Some of the doctors who were at post at the two hospitals refused to speak to the media saying “we should go to the ‘big men.”

Night staff was seen sitting down idle in the wards doing nothing, saying they were only waiting for instructions to also go home to join their colleagues.

Madam Joyce Larweh, a patient who could not hide her frustration said that she came to the Ho Municipal Hospital as early as 6:00 am and over three hours she was not attended to.

She called on the government to quickly address their issues for work to resume early to avoid loss of lives.

From Wa, Lydia Darlington Fordjour reports that there were no nurses at post at Wa Municipal Hospital visited by Ghanaian Times.

The female surgical ward was locked, whereas most of the waiting areas were deserted.

Patients were stranded at the Out-Patient Department (OPD) with their folders in their hands whilst some were seen returning home after having waited for a while without anyone attending to them.

There were still patients in some of the wards such as the maternity, paediatric, accident and the male wards with a few ward assistants on duty.

In an interaction with the Ghanaian Times, some of the patients said they had been waiting for the last four hours but had not been attended to by any nurse.

A pregnant woman, Ms Sheila Jinsung stated that she felt sharp pains in her abdomen and had gone to the hospital for a check-up but was not attended to so she was leaving for a private facility.

The patients pleaded with the government to grant the demands of the nurses so that they would return to work.

Also in an interview, the Hospital Administrator, Mr Samson Abu stated that no midwife or nurse had reported to work, adding that the leadership of the GRNMA had visited the facility to ensure that none of them was at post.

He explained however that to counter the situation, the administration had put some internal measures in place to ensure that all doctors and ward assistants were at post.

BY ABIGAIL ARTHUR and BENJAMIN ARCTON-TETTEY 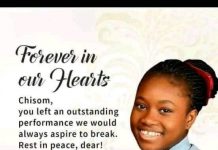 Two arrested for attempting to swindle woman of GH¢12,000