Partey’s loss has been felt

The loss of Thomas Partey for Arsenal this season has been massive. The Gunners signed Partey from Atletico Madrid in the summer for £45 million after activating the Ghanaian’s release clause.

Despite the player’s good injury record at his previous club, he has faced nothing but issues since arriving at Arsenal. The 27-year-old was substituted at halftime against Aston Villa, in the 3-0 defeat to the West Midlands Club, and missed the subsequent matches leading up to the North London Derby in which he was seemingly rushed back.

Partey did not reach the half-time whistle and had to be substituted after an injury occurred in a similar region to the one previously. Arsenal’s midfield has since been made up of varying combinations of Granit Xhaka, Dani Ceballos and Mohamed Elneny.

MANCHESTER, ENGLAND – NOVEMBER 01: Thomas Partey of Arsenal is challenged by Paul Pogba of Manchester United during the Premier League match between Manchester United and Arsenal at Old Trafford on November 01, 2020 in Manchester, England. Sporting stadiums around the UK remain under strict restrictions due to the Coronavirus Pandemic as Government social distancing laws prohibit fans inside venues resulting in games being played behind closed doors. (Photo by Paul Ellis – Pool/Getty Images)

The drop in quality between these players and Partey is significant and the midfield of The Gunners has been an area that other teams have exploited during the poor run of form Arsenal have suffered this season.

Made worse by the red card Xhaka received in the 1-0 home defeat to Burnley, Arsenal failed to win the following 3 games without the Swiss midfielder. However, there were signs of hope when Xhaka returned for the match against Chelsea in which the 28-year old was excellent in the 3-1 win.

Good news welcomed Arsenal fans on Monday afternoon after pictures were released of Thomas Partey training ahead of Arsenal’s match against Brighton and Hove Albion.

It is not expected that Partey will be fit for the match, with a projected return tipped to be sometime in January.

The midfield decisions which Arteta has to choose from will be intriguing ahead of the journey to the south coast. After Xhaka’s impressive display and a three-match rest, it is unlikely that the Swiss midfielder will be dropped.

With Mohamed Elneny playing a significant amount of games recently in succession it would be unlikely to see him start again and therefore Dani Ceballos may come in to start in his place. Ainsley Maitland-Niles or Joe Willock offer alternatives should Arteta not wish to choose the Spaniard.

Centrally, however, the decision whether to start Emile Smith-Rowe for his second Premier League game in succession is a big one. The youngster performed excellently and provided Arsenal with the swift turn of pace that they have been lacking in addition to the central creativity and incisive passing which has also been absent from the Arsenal team.

The Gunners will be up against a stubborn Brighton defence and could use Smith-Rowe and his passing range to break down the inevitable low block from the Seagulls. 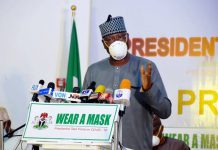 Loadshedding raises concerns for patients on oxygen at homes

Is Isco the right man for Arsenal to move for this...