Rabat – The public prosecutor at the Court of First Instance ordered the arrest of Moroccan university professor Maati Monjib as part of his alleged involvement in “money laundering.”

According to Moroccan news outlet,  the case dates back to years ago. Maati Monjib owned NGO SARL Ibn Rochd Center, which he ran from its founding in 1999 until 2014.

The NGO allegedly stopped its activities because the Court of Auditors decided to look into the organization’s finances.

Some local media reports pointed out that Maati Monjib’s profession could not enable him to purchase all of his properties, as a university professor’s monthly salary does not exceed MAD 26,000 ($2,800). Morocco World News could not independently verify those claims.

Le360 reported that despite owning 98% of the shares of the NGO, he gave his sister the post of director when she only held 1%of the shares.

The news outlet said that subsidies came mainly from the Dutch NGO “Free Press Unlimited” and the American organization “National Endowment For Democracy.”

“Other funds were received by Maati Monib, and were in the order of MAD 1.4 millio,” it added.

The news outlet claimed that Maati Monjib put most of the money in his two accounts at a bank branch in Rabat.

“In five years, he transferred to these accounts MAD 3.5 million and was withdrawing amounts in cash.”

The withdrawals reached MAD 3.1 million of which MAD 2.45 million were deposited in a third blocked account, according to the same source.

Le360 said that Maati Monjib withdrew more than MAD 2 million on November 1, 2014 from a third account.

“This operation was carried out on the eve of the dissolution of the Ibn Rochd Center.” 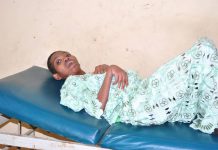 Family locks up Physically Disabled Woman in Abandoned House for 5...

Western Sahara: Inhofe Continues to Promote Mischaracterizations on US Position