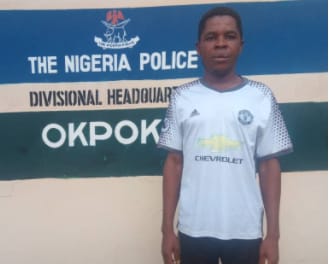 Police arrested a 29 year-old man, Ogbu Christian for allegedly defiling a seven-year-old girl in Anambra after luring her with biscuit into his room.

He reportedly had an unlawful carnal knowledge of the victim, who is said to be his neighbour’s daughter.

“He lured the little girl with biscuit and took her to his room and defiled her,” a source disclosed.

He revealed that the suspect would be charged after investigation, adding that the incident happened on Tuesday.

According to Mohammed, “Police operatives attached to the Okpoko Division arrested one Ogbu Christian, 29, a native of Mboshi in the Iboeze North LGA of Enugu State, but resident on Aniche Street Okpoko, Anambra State.

“The suspect allegedly lured his neighbour’s seven-year-old daughter and had unlawful carnal knowledge of her inside his room, using biscuit as a bait.

“Police detectives visited the scene and took the victim to hospital for medical examination and penetration was confirmed by the medical doctor.”

The PPRO explained that the case would be transferred to the State Criminal Investigation Department for discreet investigation as directed by the Commissioner of Police in the state, John Abang. 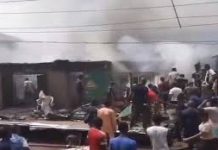