Marcus Rashford is reportedly set to miss out on the shortlist for BBC Sports Personality of the Year. This is because the panel must choose candidates based on ‘sporting achievements.’

Rashford has been campaigning strongly in support of children receiving free school meals from the Government. Rashford was even given an MBE in the Queen’s Birthday honours. Having received the honour, Rashford spoke purely about the continuation of his passionate campaign.

“It’s a nice moment for me personally. But I feel like I’m still at the beginning of the journey that I set out to try to achieve,” said the Manchester United forward.

“I think what I would like to do now that I’m in this position is just speak directly to the prime minister and really ask for the vouchers to be extended until at least October half-term because I think that’s what the families need.”

“Speaking to them and knowing how much they’ve been helped, and how much it’s going to affect them if they don’t have it, that’s got to be my main focus now – to get that message across.”

The Government decided against Rashford’s proposal but recent reports have stated there is growing pressure to U-turn on the decision and grant children access to the vouchers.

The BBC panel will meet in November to decide the shortlist. However, it remains unlikely Rashford will be in line for a nomination. However, bosses may choose to honour the 22-year-old in some other way.

Exiled Arsenal midfielder Mesut Ozil has now also joined the movement. A school in Barnet has received lunches on Tuesday for students off for half-term. Children across the country are entitled to free-school meals if they fall into a specific requirement. However they are not able to receive lunches throughout the holidays. Meaning families can be under increased financial pressure when not in school.

Ozil has provided lunches for 70 students for the rest of the week.

Ozil has reportedly teamed up with a local charity to distribute the meals 👏 https://t.co/q8pHKwXfvq

The London Evening Standard’s report said that not only had a school in Barnet benefitted. Schools in Enfield and Hertfordshire had also received support.

The headteacher Sejal Patel said, “The school wanted to say thank you for his kindness and generosity.” 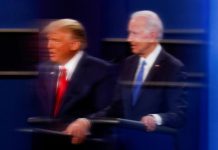