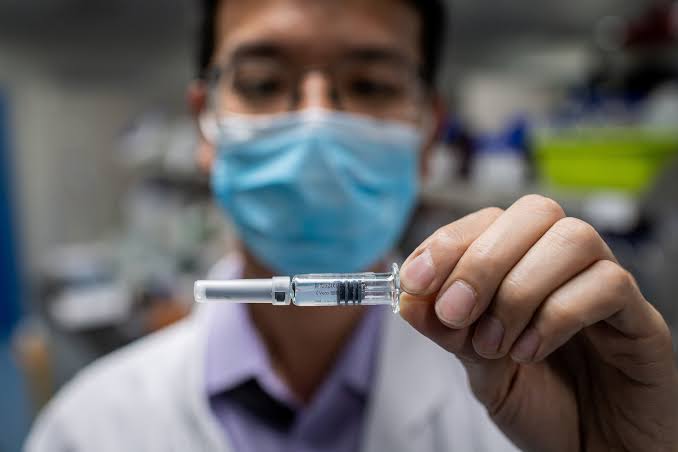 The global survey of vaccine confidence carried out by some researchers showed that the credibility of such treatments have been negatively affected by religious extremism and political instability.

Just as the world’s top scientists and researchers are in the race of developing vaccines for coronavirus, the new study came just right in time to show the various perception of different countries towards the safety of injections.

The leader of the research, Heidi Larson who is a professor at the London School of Hygiene and Tropical Medicine linked the drop in credibility of vaccines to trends in political instability and religious extremism.
She said that online misinformation was also a significant problem. She added that public mistrust in politicians generally most likely played a role in the various attitudes of countries.

“When there is a large drop in vaccination coverage, it is often because there’s an unproven vaccine safety scare seeding doubt and distrust,” Larson explained.

The findings of the research depicted that a larger proportion of people in Indonesia, Pakistan, Serbia, Azerbaijan, Afghanistan and Nigeria disagreed that vaccines are safe

It was gathered that Indonesia had the largest falls in public trust worldwide between 2015 and 2019. This according to the research was partly because religious leaders questioned the measles, mumps and rubella vaccine, and also local healers promoted natural alternatives to vaccines.

Larson advised the government to be proactive about the public trust in vaccines in order to have their goals met regarding the coronavirus vaccine which is in progress.

According to her the public are not so much concerned about the speed of the vaccine development but more about “thoroughness, effectiveness and safety.”

Researchers have urged governments to invest more in public awareness and sensitization in preparation for the forthcoming coronavirus vaccine.

Daniel Salmon, from the Johns Hopkins Bloomberg School of Public Health, explained that without public awareness “there is a risk of SARS-CoV-2 vaccines never reaching their potential due to a continued inability to quickly and effectively respond to public vaccine safety concerns, real or otherwise.”

Monde Twala's Pulse Interview on the MAMAs, MTV Base and ViacomCBS...

Young Medical Doctor drowns a day to his Housemanship