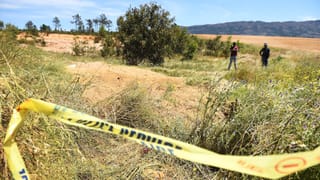 The North West Police disclosed on Thursday that six children were found dead in two separate incidents in the Vryburg area, South Africa.

“According to reports, the grandmother left the children aged four, five and six in the yard at approximately 10am to attend a funeral service in the same village on Wednesday,” Mokgwabone explained.

“She returned home at about 3.30pm and found the minors’ lifeless bodies inside an old and unused vehicle that was parked in the yard.”

Two of the children were a brother and sister and the third child was a neighbour’s child.

Mokgwabone advised members of the community and parents to take proper care of their children to avoid tragic incidents such as this.

In a related development, three children were found dead inside a freezer in Mammutla village, Taung on Saturday.

Three girls aged eight, nine and 10 were allegedly found inside the freezer at a certain house in Mammutla outside Taung, Mokgwabone said.

“According to information available at this stage, the mother of the nine-year-old left her child at the house on Saturday morning, 14 November 2020, and went to a local tavern,” Mokgwabone said.

“It is further alleged that the mother came back at about 7pm and realised that her daughter was not home. She went to look for her at her brother’s house and around the neighbourhood, but she could not find her.”

She went back home, noticed that there was something strange with her freezer and she went to look.

“She found the lifeless bodies of the three young girls. Police were called and investigation into the matter continues,” he disclosed.

External mediation to Ethiopia’s conflict has been rejected: Gutteres

Oil prices settle up over 2% on COVID-19 vaccine news