Spain considers Morocco to be one of its most important allies in terms of curbing irregular migration. Photo credit: Spanish Ministry of the Interior

Spain’s Minister of the Interior, Fernando Grande-Marlaska, announced on Friday that he will make an official visit to Morocco on November 20.

“During this visit, I will hold a meeting with my Moroccan counterpart, Abdelouafi Laftit,” Grande-Marlaska said.

The Spanish minister made the announcement during a joint press conference with the European Union’s Commissioner for Home Affairs, Ylva Johansson.

The meeting between Morocco’s and Spain’s ministers of the interior will focus on several issues, most notably migration, Grande-Marlaska said.

He recalled that he has already visited Mauritania, Algeria, and Tunisia to discuss the same topic. The visit to Morocco will seek to boost bilateral cooperation on migration-related issues.

Grande-Marlaska and Johansson are currently visiting the Canary Islands to inspect its migratory situation. The visit came after the Spanish archipelago witnessed a rise in the number of incoming irregular migrants.

According to the Canarian government, approximately 12,700 irregular migrants have arrived in the Canaries on board 449 boats since the start of the year. A large number of the migrants depart from Morocco’s southwestern coasts, as they directly face the archipelago.

During an official visit to Morocco in March, Spain’s Minister of Foreign Affairs, Arancha Gonzalez Laya, described the results of bilateral cooperation on migration issues as “excellent.”

Coronavirus vaccines no shot in the arm yet for emerging markets 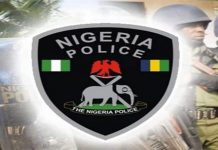 Chadian FM: Chad Has No Ties With Western Sahara Separatists