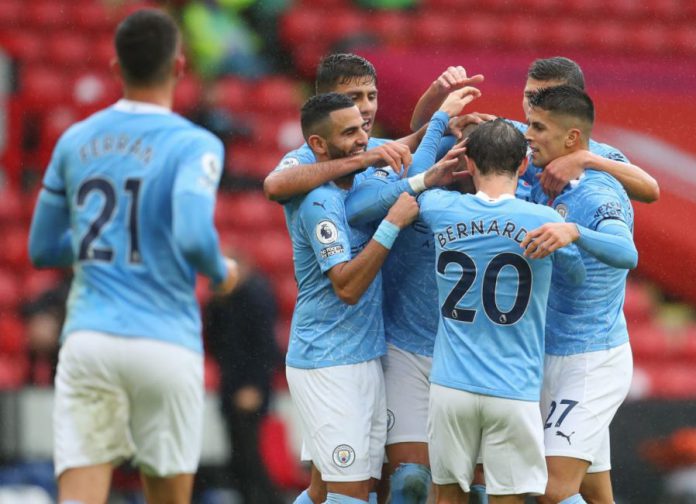 Much like last season, the battle for the 2020/21 Premier League title has narrowed into something of a one-horse race.

Ahead of their meeting with Fulham late on Saturday evening, Manchester City sit top of the Premier League table, 14 points clear of 2nd place.

Manchester United do have a game in hand on their city rivals, but even if they win that, it seems highly unlikely that the Red Devils will be able to close an 11-point gap in just 10 games.

So, it seems pretty certain that Pep Guardiola and co. will go on to secure their 3rd league title in four years.

Unlike Liverpool last time out, though, the Citizens may in fact be able to lift the trophy in front of at least some fans.

Under the UK’s current roadmap out of lockdown, 10,000 supporters, or 25 per cent of total capacity – whichever is lower – can return to grounds up and down the country on May 17th, at the earliest.

According to the Mirror, the easing of restrictions as per the current timeframe is dependent on the vaccine roll-out continuing as planned, and new Covid-19 variants not posing a fresh threat.

But regardless, Premier League chief executive Richard Masters is planning for 10,000 fans to be in attendance when the Premier League champions – Man City, presumably – are crowned in May:

“The first step is to see that trophy presented on 23 May, hopefully in front of 10,000 fans, somewhere in this country.”

“Beyond that, it’s full stadia, hopefully from the start of next season.

“If we can get all of that done successfully by the end of this year it will be a good year. If you could throw in a successful Champions League win and perhaps even England winning the Euros, that would be even better.”

Manchester City and Xylem present: Be A Water Hero