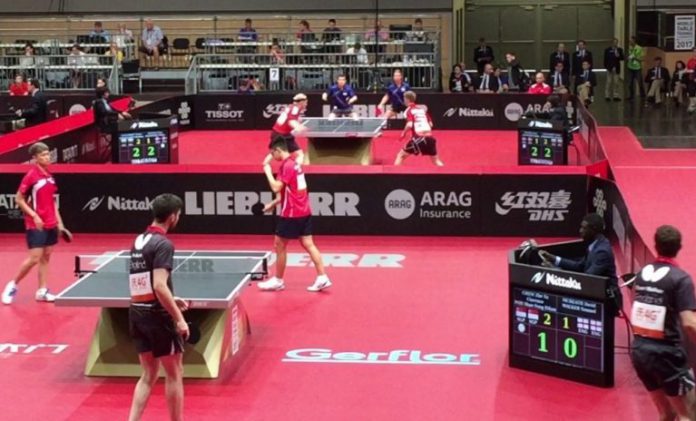 World number 19, Omar Assar, will be leading the six-man Egyptian contingent to the 2022 ITTF Africa Cup taking place in Lagos from May 26 to 28 at the Molade Okoya-Thomas Hall of Teslim Balogun Stadium.

The tournament, which serves as the continental qualifiers for the end-of-the-year WTT Cup Finals, will have 28 men and 20 women from 13 countries competing for the singles titles.

Assar, who recently moved to Germany after playing two seasons in the French league, will be championing the North African onslaught alongside defending champion, Ahmed Saleh and Mohammed El-Beiali.

Assar who is Lagos fans’ favourite will be hoping to regain his top spot in the continent after being displaced by Quadri Aruna in 2020 and the 2019 Africa Cup champion has been warming up for the tournament in Germany.

14-year-old Hana Goda and African champion, Mariam Alhodaby will be making their debut at the tournament, women’s defending champion, Dina Meshref, will be hoping to put the disappointment of 2021 behind her and aiming to hold on to the title she had won for more than six-times.

In the list released by the President of Egypt Table Tennis Federation (ETTF) Moataz Ashour, the team will arrive Lagos on May 24 as it’s expected to defend its titles against Quadri Aruna-led Nigeria side.

The Egyptian team will be coached by their Chinese tactician, Zhang Chaoling, whose milder touch has brought vibrancy to table tennis in the North African nation.

Also in the fray for the title is Senegal’s Ibrahima Diaw who has continued to grow his fans base in Africa following his display at the 2019 Nigeria Open.

Kenya Kwanza will have zero tolerance for extra-judicial killings: Ruto

We’ll refund monies to Muslims we couldn’t fly to Mecca –...

If Spurs can’t sign Nick Pope, they may try for Man...

Olympics: Minister spurs D’Tigers ahead of next game