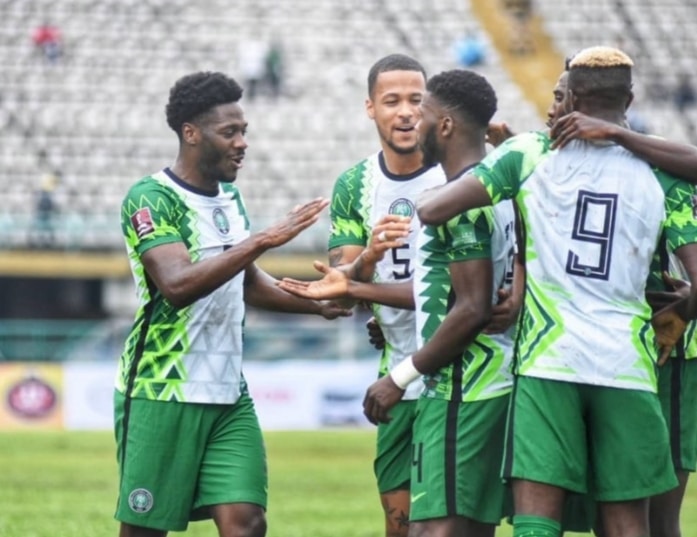 Nigeria’s Super Eagles began their Group C campaign of the 2022 FIFA World Cup qualifiers at the Teslim Balogun stadium, Lagos with a 2-0 win over Liberia.

The early pressure paid off in the 23rd minute as a properly worked corner-kick orchestrated by Alex Iwobi and Kelechi Iheanacho saw the latter strike a rocket of a shot from outside the box, which beat Ashley Williams in goal to put Nigeria in front.

Iheanacho scored his second of the game on the stroke of half time with Iwobi once again providing the assist.

The Super Eagles continued with the pressure after the break and Leon Balogun headed narrowly wide from Iheanacho‘s inch-perfect corner-kick in the 49th minute.

Osimhen’s header from Moses Simon’s cross was saved by Liberia goalkeeper in the 62nd minute.

Captain Ahmed Musa and Shehu Abdullahi were also introduced in place of Iheanacho and Iwobi respectively.

Oghenekato Etebo also took the place of Aribo late on

Kelechi Iheanacho was named the Man of the Match while Alex Iwobi was declared the Most Valuable Player.

More than $1 billion in aid pledged for Afghanistan as country...