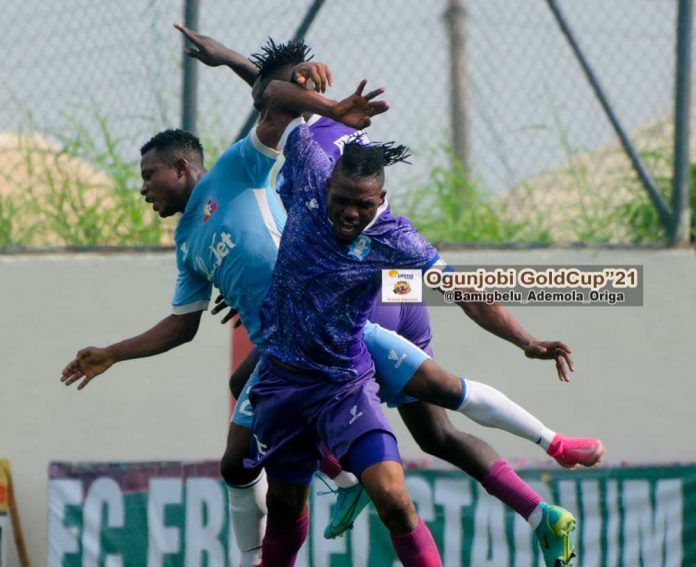 Shooting Stars are two hurdles away from winning the Ogunjobi Gold Cup after they shared the spoils with Beyond Limits at the FC Ebedei Stadium to go top of Group B.

The match was action packed as 3SC used all the football tricks they had on Beyond Limits, but the Coach Olumide Ajibolade team were torn in the flesh for the newly promoted Nigerian Professional Football League (NPFL) team, as they kept strike force of Shooting Stars at bay

Best chance of the game came the way of
Gafar Olafimihan in the first half, but the Oluyole Warrior failed to make the most of it as he blasted his weak shot into the waiting hands of goalkeeper Olisa Emmanuel.
No clear chance was recorded in the second half as both teams played with caution owing to the rain showers in Sagamu.
Shooting Stars maintain their good campaign in the Ogunjobi Gold Cup with 7 points from three games.

Tornadoes on the other hand, won their last game to go second on the log with 6points, followed by Beyond Limits who has 4points while FC Ebedie seat bottom with no point.

Shooting Stars will on Tuesday know who their semi-final opponent are as they could head to head against their Southwest Derby rivals, MFM FC, Remo Stars or FC Yobo on Thursday at the FC Ebedei Stadium.