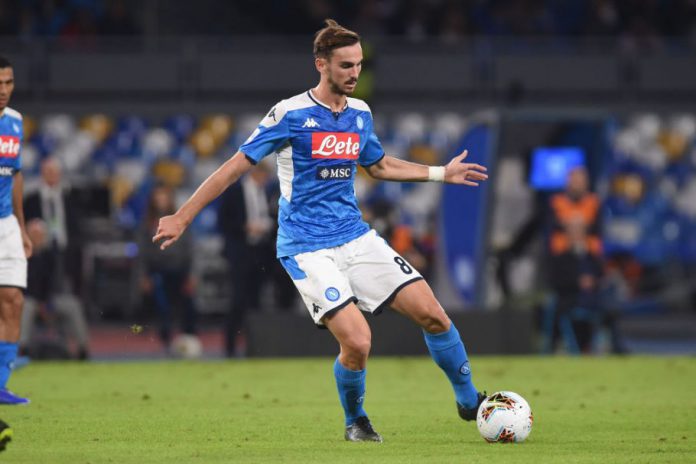 Pushing the boat out

In the second edition of the 5 midfielders that Arsenal could look to sign in the summer as a realistic partner for Thomas Partey at the beginning of the 2021/22 season, the players which are focused upon could certainly be considered to be less realistic than the initial 5. However, what the list does do is it encapsulates the type of player that Arsenal should be looking for.

For too long, Arsenal has been signing players which either do not upgrade upon the current players at the club or that would not be getting into one of the other top six sides in the Premier League. This has begun to change only with the arrivals of summer 2020 which included the aforementioned Partey and Gabriel Magalhaes.

Arsenal need to be ambitious, they need to spend money and that money needs to be spent wisely. This could be difficult considering the circumstances of the pandemic and of course an owner which has been reluctant to open the purse strings in the past.

However, should money become available through sales or ownership backing, these are 5 options which Arsenal should certainly consider.

If you would like to read the first part of this series you can here.

The immediate response to the suggestion of bringing in one of the world’s most coveted centre midfielders is of course one of ‘you must be joking?’ However, before clicking away from the page the reasoning behind the suggestion of Saul may open the door just slightly.

The first thing to consider is the fact that the Spanish international midfielder has been reportedly unsettled at Atletico for some time and is now looking to move away from the Spanish capital.

Regarding a possible price, Spanish outlets have suggested that despite his €150 million release clause, Atleti would be open to allow him to leave for a fee between €35 and €50 million.

Saul fits the parameters of what Arsenal should be looking for in a central midfielder. A player that can command the centre of the pitch and work in both directions with exceptional tenacity. Being under the tutelage of Diego Simeone would provide that to almost any player, however, the Spaniard has taken on board his coach’s instructions to the letter and become one of the league’s and Europe’s most successful central midfielders.

Ironically the biggest barrier to this deal may not even surround the fee or the player’s intentions. Atletico Madrid were unhappy with how Arsenal conducted their pursuit of Thomas Partey in the summer and it will no doubt be difficult to coax them into negotiations. Although, as the saying goes, anything can happen in football.

Granted, Saul is a ‘dream’ option but the player’s circumstances and the surprise Arsenal pulled off in the signing of his former teammate Partey, have added a layer of realism to the possibility. However, the following four options provide a more familiar grounded perspective.

Denis Zakaria is another player on the list which many might consider out of reach for Arsenal, but the fact of the matter is that he shouldn’t be.

A quality, young midfielder with an eye for a pass, yet more akin to the defensive third of the pitch. He would provide the cover which would allow Thomas Partey to be more expressive and enjoy progressing the ball further up the field whilst the Swiss international plays the disciplined role.

Zakaria provides a lot more mobility to Arsenal’s midfield than they currently have with Granit Xhaka, whilst not diminishing the passing exploits of the side through the replacement of his Swiss compatriot. Zakaria has averaged better than 90% passing accuracy this season with an average of 4 passes into the final third per game at 84% accuracy. His progressive style of passing is shown in his pass direction ratio which sits at 9.72 forward passes for every 5.5 backward passes.

The Borussia Monchengladbach midfielder’s current deal expires in 2022 meaning he has just one year remaining after the conclusion of the current season. For a man who sees himself similar to that of Arsenal legend Patrick Vieira, he could be everything The Gunners could want to complete their midfield.

“I have watched many videos of Vieira,” he said, “I see a bit of myself in him. I like the way he played.”

The Gunners will just need to stump up the cash and convince him that they are the place to be.

Ruben Neves is a profile of player that Arsenal need to be more consistent in pursuing in transfer windows. Whilst even the least keen-eyed football supporter will say that Arsenal have not had their best season, it is also obvious that Wolves too have not enjoyed the most successful of campaigns.

Quality players in their squad will want to be included in European competition and should Arsenal manage to turn around the final part of their season and qualify for next year’s competition, be it Europa or the coveted Champions League, they could position themselves to offer players such as Neves the route to the game’s highest level.

With just 2 years left on his deal, Wolves, without the financial support of European football and hit by the pandemic, could be left vulnerable to a club such as Arsenal pouncing advantageously on the Portugal international. Neves has become one of the league’s most impressive central midfielders, known for his amazing long-range strikes but also his tenacious attitude to games.

Whilst Neves does enjoy a long-ranged strike, he does not shy away from the defensive work he must endure. Averaging more than 8 defensive duels per game in 2020/21 and winning over 61% of them.

His passing is extremely progressive with nearly 10 passes into the final third at just under 80% accuracy and an average passing ratio with nearly 3 times more forward (16.92) to backward passes (5.73). All of which are statistics taken from this season where Wolves have not been the impressive side they had previously shown themselves to be since their promotion.

Pricey? Yes. Worth it? Absolutely.

Fabian Ruiz of SSC Napoli during the Serie A TIM match between SSC Napoli and Hellas Verona at Stadio San Paolo Naples Italy on 19 October 2019. (Photo by Franco Romano/NurPhoto via Getty Images)

The elegant displays of the Spanish midfielder Fabian Ruiz have elevated him to a position to be rated as one of Europe’s most talented central midfielders. Coming through the Real Betis academy during the same time as Arsenal loanee Dani Ceballos, Ruiz had to wait his turn for his own big move as a year prior to joining Napoli he watched Ceballos get snapped up by Real Madrid.

Whilst Ceballos struggled at Real Madrid, Ruiz was revealed to be the true star of that Betis team. He was the enabler of his compatriot and he continued that strong form in Serie A. Ruiz is relied upon by Napoli to be their fulcrum, the orchestrator of their midfield and this is reflected in the average pass received frequency of 53.95 for the current campaign. For context that is more than mainstay Granit Xhaka is currently showing at Arsenal.

When on the ball, he averages more forward passes than any midfielder in this list at 18.27 which make up more than a quarter of his total average passes per match. It gets better, with more than half of his forward passes entering the final third of pitch; starting threatening attacks is what Ruiz is all about.

Defensively, his output is comparatively less than some other options, however, with a partner like Partey, being the more expressive of the pair is not a concern. Whilst his defensive duels are less at 5.66, he continues to be successful there winning nearly 60% of them. 4.6 interceptions and 6.45 recoveries (52.3% in the opposition half) add further support to the argument he is far from just a progressive passer.

The difficulty would lie in his price. Not only does he have longer than a sole year on his deal, but he also belongs to one of the trickiest clubs to negotiate with in Napoli. However, reports suggest the pandemic has not been kind to the Naples-based club and should Arsenal get financial backing or are able to recoup funds through sales, then perhaps they could tempt the Italian side into a sale.

Some Arsenal fans may remember Mikel Merino from his time with Newcastle in the Premier League. He was on loan from Borussia Dortmund at the time and has since settled in his native Spain with San Sebastian side, Real Sociedad. He has come an exceedingly long way since his time on Tyneside but credits the experience with forging him into the player he is today as a fully-fledged Spanish international.

“I am who I am because of the Premier League: it made me harder, stronger, taught me to take the hits. You have a perception of football and you get there and it’s not that: it’s more physical, more direct, the game doesn’t stop, these are men with enormous bodies. I understand why some can’t adapt,” he said speaking this season.

It is this experience in England which is arguably made him such a success in La Liga. Whilst the Spanish top division may not be as physical and certainly more tactical than the Premier League, Merino’s developed abilities to quickly interchange play and industriously battle for possession, making him an outlier and desirable to Spain coach Luis Enrique.

Furthermore, the possible return to the Premier League would therefore require much less transition considering his experience having already played there. He, similar to Ruiz, is a progressive passing number 8 who can chip in with defensive work. A good dynamic partner to Partey for sure and should the route for Ruiz be unassailable, Merino could present as an exceptional alternative.

More than a third of his average total passes are forwards (17.26) with more than half being into the final third (9.4). In comparison to Ruben Neves, who prefers to shoot from distance, Merino enjoys getting into the box for his opportunities and with 2 goals and 6 assists this season, his output from a central midfield position is solid (outdoing that of Ruiz).

With a serious contract until 2025 and the club typically liking to get solid fees for their players as shown by the sales of Asier Illarramendi, Antoine Greizmann, Inigo Martinez, Alvaro Odriozola and Diego Llorente, he would likely cost Arsenal greatly. However, with the experience and quality of a Spain international at 24 years of age, it would be an astute signing.

All statistics are taken from Wyscout.

“Morocco Forever In My Heart” Says Herve Renard Ahead Of Cup...

Ex-Arsenal boss details how Gunners can fix their problems

Arsenal leave it late and overcome another defensive calamity to put...