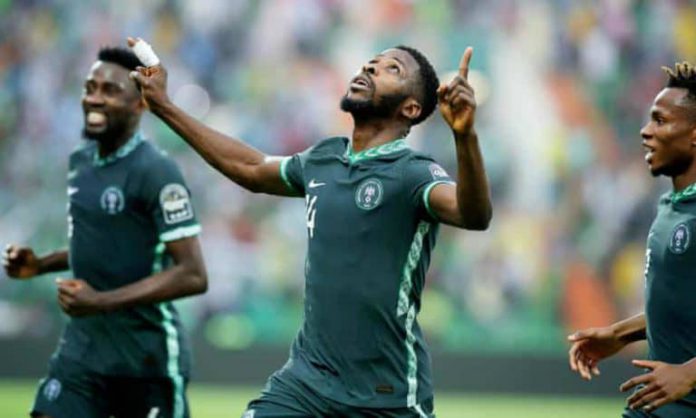 Kelechi Iheanacho has hinted possibility of increasing his AFCON goal tally after netting the winning goal for Nigeria against the Pharaohs of Egypt.

Iheanacho found the back of the net in 34th minute of the game to hand the Super Eagles the opening day win at the ongoing African Cup of Nations in Cameroon.

The win helped Super Eagles avenged the defeat they suffered in the hands of the Egyptians in 2010 edition of the tourney.
Iheanacho, who won the man of the match award, expresses his delight to help Nigeria win the important game.

“I am happy to represent my country, I am happy to score and hopefully, this team can work together and achieve our aims, get to the final, and win the tournament.”

“We prepared for this game and the competition, we have been working hard since we resumed in Abuja. Egypt is a strong team and they have great players but we were not scared of them. We have confidence and we have a good team,” he told the press.

Iheanacho is one of the players in Nigerian squad who are making their debut in the tournament. The 24-year-old is also attending is second major tournament for the Super Eagles, since making his debut.

Festive season road stats: More than 1,600 fatalities due to slippery...

Why thieves are snatching French bulldogs across the US