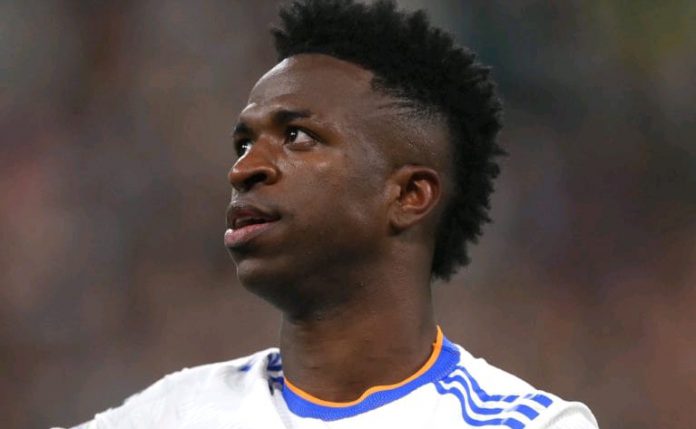 Hundreds of Atletico supporters could be heard singing, “Vinicius, you are a monkey, you are monkey” in a video published on social media by radio station Cope in the build-up to the Madrid derby, which Real Madrid won 2-1.

Local media also reported that monkey noises and chants of “Vinicius, die” were heard throughout the game.

“We denounce all incidents inside and outside stadiums,” a La Liga spokesperson told the BBC. “We work with clubs to keep our football friendly and enjoyable.

“Hate speech has no place in La Liga and we always work with the clubs and the authorities to identify and bring to justice any such case.”

The clubs have not commented on the incidents.

Vinicius’ goal celebrations, in which he dances, have drawn criticism from television pundits in Spain recently.

Pedro Bravo, president of the Association of Spanish Agents, speaking on a Spanish football chat show said “in Spain, you have to respect rivals and stop playing the monkey”, leading to accusations of racism.

He later apologised for those comments but Vinicius has often been a target for criticism in Spanish media.

D’Tigers To Battle Cote d’Ivoire, Angola, 3 Others In Abidjan