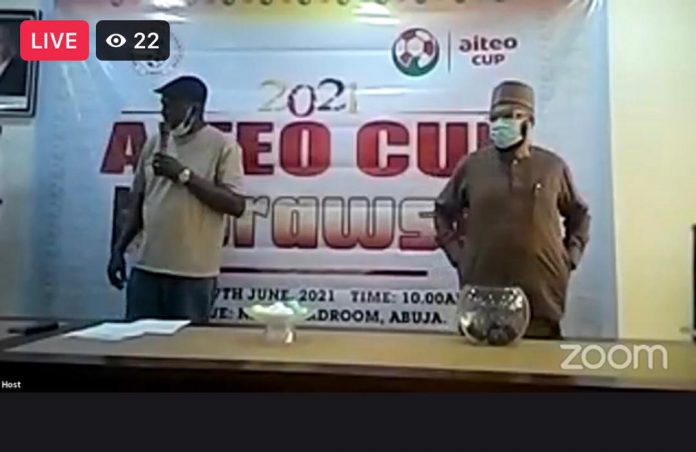 The 2021 Aiteo Cup promises to be exciting from get go as NFF releases fixtures with final set to take place at the Samuel Ogbemudia Stadium, Benin Edo State

The competition which hasn’t hold for two years now due to logistics and covid-19 pandemic will take the center stage of the country’s club football from next week.

The first round will see Bendel Insurance and Calabar Rovers clash while Ngwa Utd and El Kanemi Warriors FC Technobat and 3SC will clash while Bayelsa Utd and NAF FC will lock ons as Aspire and Yobe Deserts completes the first rounds.

Sunshine Stars will hope to put the recent poor forms in the league behind them when they neighbors from Kogi, Kogi United As Wikki Tourist and Osun United clash.

NPFL League leaders, Akwa United will start their Aiteo Cup campaign against Gateway FC in what promises to be an interesting encounter.

The final of the men’s category has been fixed for Samuel Ogbemudia stadium in Benin, Edo State