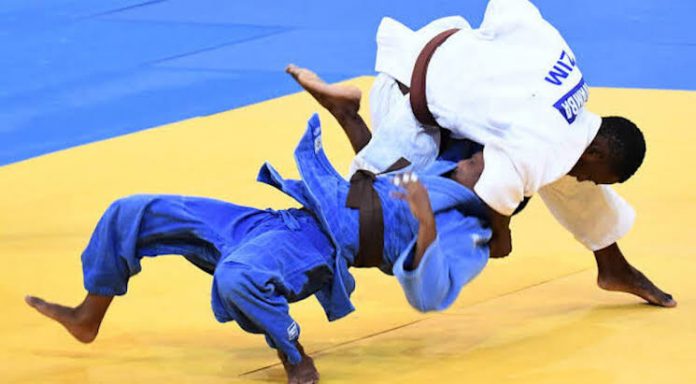 All is now set for the eagerly anticipated National Judo Championship. Over 200 Judokas from the 36 states, Abuja, the military and para military will jostle for laurels at the championship which is scheduled to take place from Tuesday, July 13 to Sun­day, July 18 at the Obafemi Awolowo Stadium in Ibadan.

According to the sched­ule of events of the cham­pionship released by the organisers, Nigeria Judo Federation (NJF), a semi­nar for coaches and refer­ees will take place between July 13 and 15 while the action on the tatami mat holds between July 16 and July 18.

Interestingly, all judokas in the country are mandat­ed by the NJF to participate in the championship.

The federation explain­ing why the championship was mandatory said it would provide the basis for beginning the process of creating a credible database of judokas in the country.

As at now, according to the federation, such a cred­ible database is not avail­able. Aside the database, winners that emerge at the championship would stand a chance of earning a place in the national team which will participate in interna­tional engagements includ­ing the upcoming Common­wealth Games billed for Birmingham next year.

Sponsor of the champi­onship, Dr. Musa Oshodi said it was time for Nigerian judo to regain its lost glory.

According to him “Once upon a time, Nigeria was among the big league of world judo but sadly the sit­uation has changed.

“However, we are still blessed with the talents that can take the country back to the big league”.

Relief for IEBC deputy CEO Kulundu after court rules she was...

Ministry of Youth and Sports Development Splashes $25,000 on Team Nigeria...