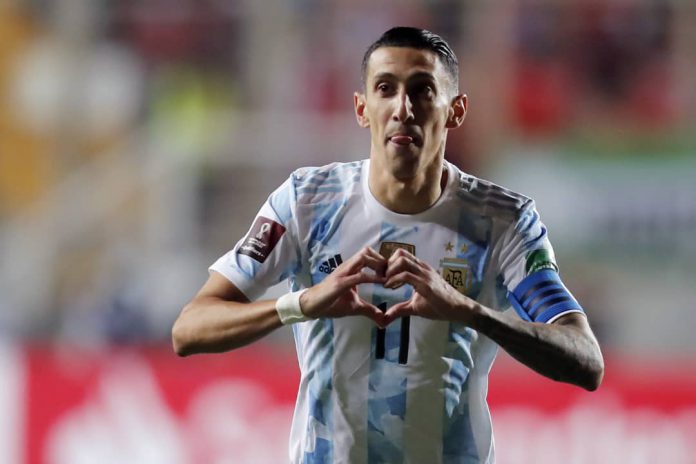 Barcelona are reportedly considering Angel Di Maria as a low cost option to bolster their attacking ranks this summer.

The 34-year-old is leaving PSG at the end of his contract, following seven seasons with the Ligue 1 club.

Xavi is likely to be on the hunt for options out wide in the transfer window, with Ousmane Dembele’s future in doubt.

According to Marca, Di Maria’s free agent status is appealing to Barca and sporting director Mateu Alemany has already spoken to the Argentine with a view to making a contract offer.

The report adds that while Juventus have also registered their interest, Di Maria is happy to delay a decision on his future as a move to the Nou Camp would be tempting.

It is claimed that Barca’s contract talks with Dembele are at a standstill and fellow transfer target Raphinha could be deemed too expensive as Leeds are demanding between £60million and £70million for their star man.

The Spanish club continue to be restricted by their dire financial situation and are likely to focus on cut-price deals this summer.

Meanwhile, Goal report that Di Maria only wants to spend one more season in Europe before finishing his career back in Argentina.

If the winger did join Barcelona, he would join a rare group of players who have played for both El Clasico clubs, having spent five years at Real Madrid earlier in his career.

Di Maria left the Bernabeu in 2015 and spent a miserable season at Manchester United before making a swift exit to PSG.

He scored 92 goals in 295 appearances for the French side, winning five league titles and nine domestic cups in the process.

Rashford Wins Premier League Player Of The Month For September