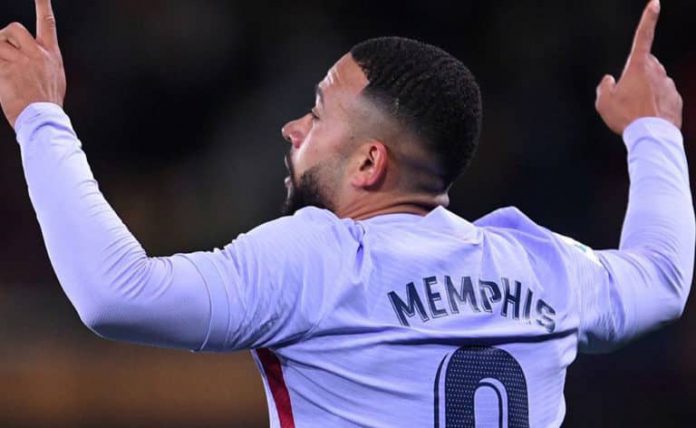 Barcelona will consider selling Dutch striker, Memphis Depay, at the end of the season, with new coach Xavi eyeing a full rebuild in attack.

Memphis is Barcelona’s top scorer this season, having netted eight times in La Liga so far. Ansu Fati is the only other player to have scored more than three.

The Dutchman’s importance to the team is clear, particularly following Sergio Aguero’s forced retirement due to a heart condition, but AS claim that those inside Camp Nou are already considering selling Memphis when the campaign comes to a close.

Memphis, who only arrived at Camp Nou as a free agent six months ago, has 18 months left on his contract and the idea of an extension is not currently being discussed. The coming summer will be the last chance to sell the 27-year-old for a decent fee before he can walk away for free in 2023.

However, regardless of his contract situation, it is suggested that Barcelona are ready to replace Memphis altogether. La Blaugrana are already looking at signing Ferran Torres from Manchester City – 90min understands an agreement is close – and their optimistic hopes of signing Erling Haaland from Borussia Dortmund are well-known.

Even if they do not land Haaland, Memphis could still be on his way out of Barcelona, alongside others like Philippe Coutinho and perhaps even Ousmane Dembele, who continues to stall on signing a new contract at Camp Nou.