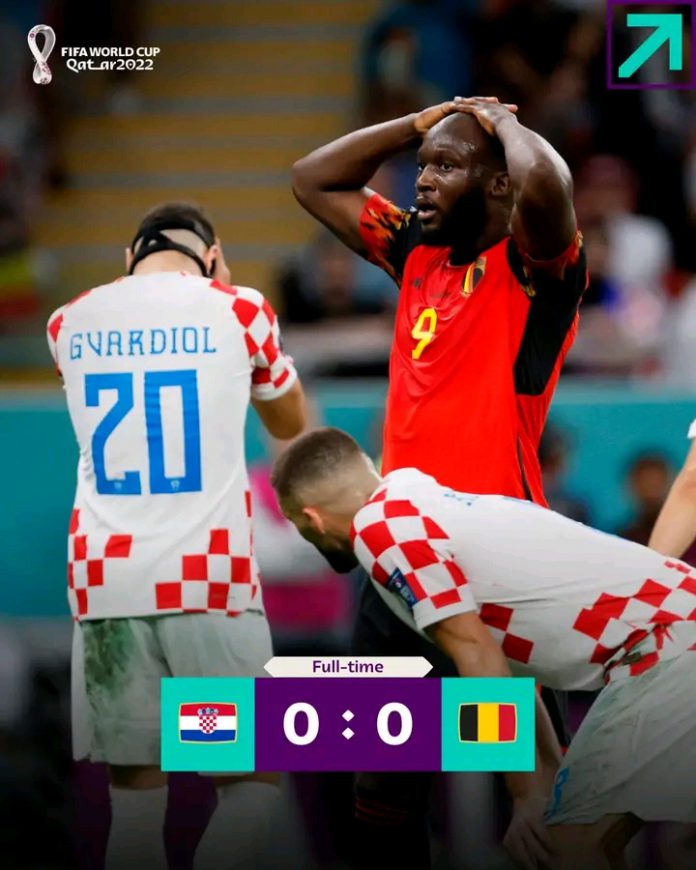 Belgium have been knocked out of the World Cup at the group stage as Croatia progressed at their expense with a goalless draw in Qatar.

Roberto Martinez’s side, who finished third in Russia four years ago and are ranked second in the world, have had a disappointing tournament with just one win and one goal in their three matches.

They produced another lacklustre display against Croatia despite knowing victory was necessary to progress to the last 16.

Substitute Romelu Lukaku had numerous chances in the second half but his failure to convert any sealed his country’s fate.

Lukaku, searching for sharpness following injury, hit the post from in front of goal, poked an effort wide when well-placed and reacted too slowly when the ball hit him in the six-yard box in stoppage time.

Croatia, finalists in 2018, got the point they needed to progress from Group F as runners-up, with Morocco taking top spot thanks to a 2-1 win against Canada.

Zlatko Dalic’s side will face the winners of Group E – which is currently Spain – in the last 16.

Cirque du Soleil’s OVO is Coming to Egypt for the First...