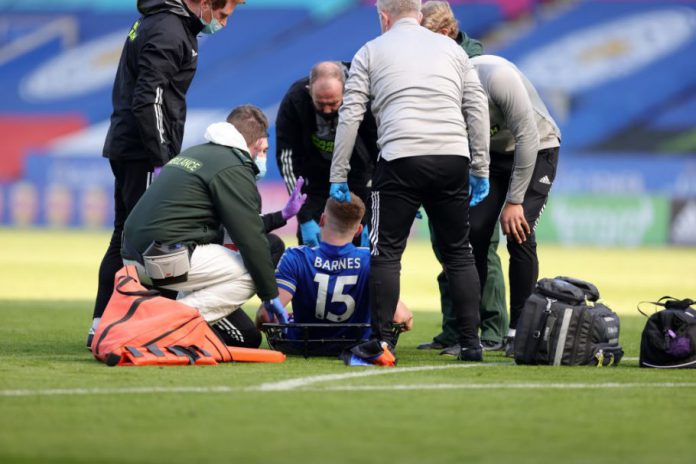 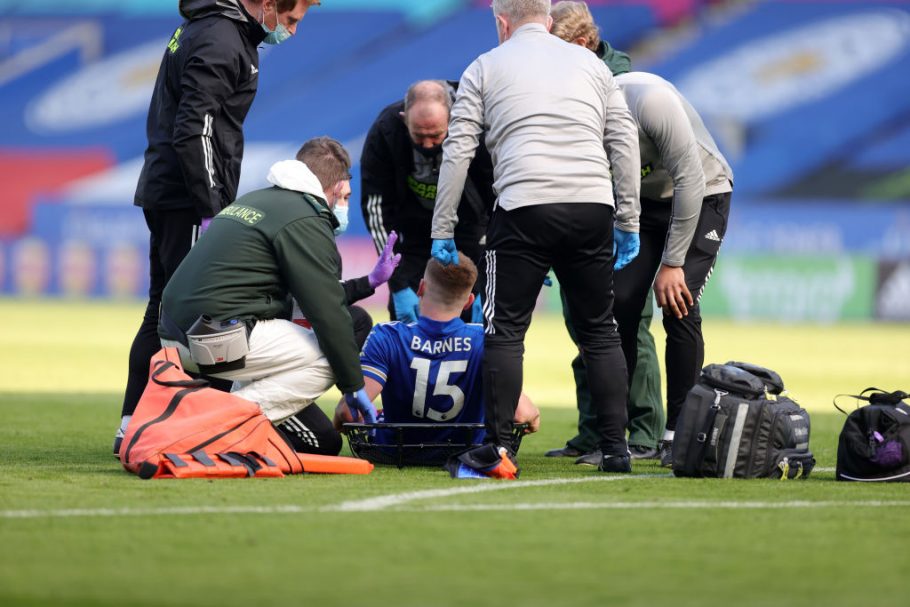 Brendan Rodgers provided updates on Harvey Barnes, James Maddison, Jonny Evans and Jamie Vardy in his pre- match press conference, ahead of his side’s trip to Burnley on Wednesday.

He will be hoping his side are able to end a miserable few days at the King Power Stadium following crashing out of the Europa League and then losing 3-1 to Arsenal yesterday.

His side are missing several key players and any more injuries poses a serious risk to derailing their season. Harvey Barnes had been in sparkling form recently and his injury picked up in the Arsenal defeat will be keenly felt by the Foxes.

There’s news on Harvey Barnes and Jonny Evans, plus an update on James Maddison and Jamie Vardy ahead of #BurLei.

Speaking on Harvey Barnes Rodgers said, “We’re hopeful he’ll go into surgery tomorrow. Part of his patella has come away, so it’s a repair job there. Hopefully he will be back in six weeks.”

On James Maddison he said, “Nothing more. He’s feeling better, so we’re hopeful that later on in the week, he can get some movement out on the grass. “

Jonny Evans is set to have a scan later today to see if he will be available.

“He’ll have a scan later today just to see where that’s at. Jonny’s from the old school, he’ll play through anything and everything to help out his team.

“It’s been an issue for a few weeks and, early in the game yesterday, it was aggravating it up to a point where, later on, he couldn’t continue. We’ll get a scan done on that today and see where he’s at. “ 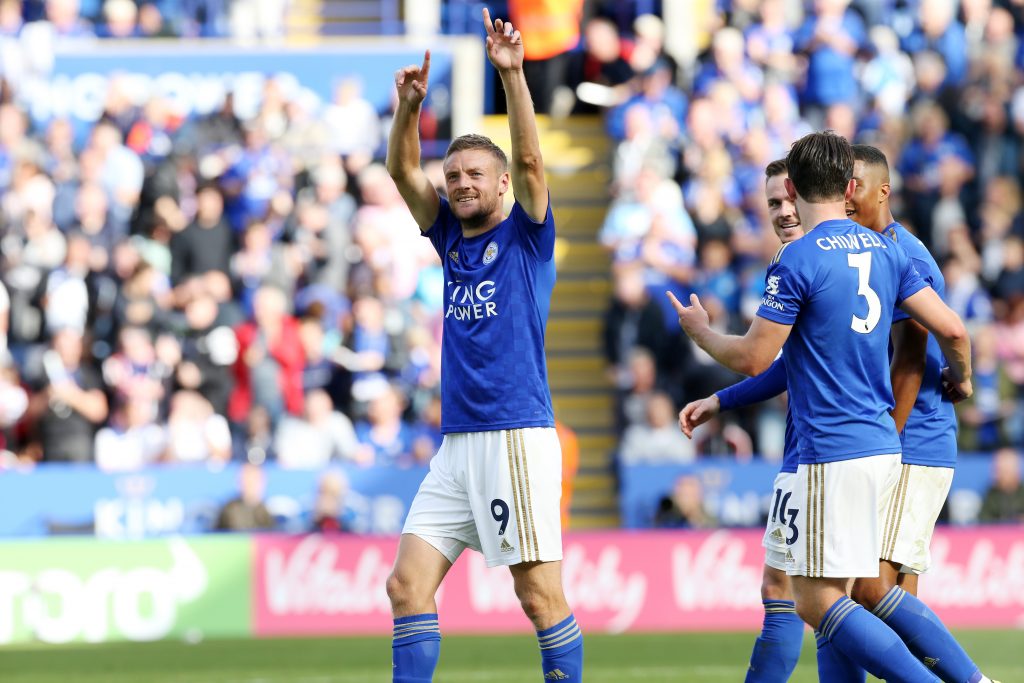 LEICESTER, ENGLAND – AUGUST 31: Jamie Vardy of Leicester City celebrates after scoring to make it 3-1 during the Premier League match between Leicester City and AFC Bournemouth at The King Power Stadium on August 31, 2019 in Leicester, United Kingdom. (Photo by Plumb Images/Leicester City via Getty Images)

There was some positive news for Leicester as Rodgers confirmed their talismanic striker James Vardy is fit for the Burnley game. Rodgers said of Vardy:

“He’s had a reaction, but nothing more than that. Like all players, he was a bit stiff. And the second day you’re in that recovery stage but it’s nothing serious. You have to remember he is 34. He’s a fighter, his mentality is very strong and he’s done amazing for us after his hernia. He’s one of the best strikers in this league. “

Olympic Games: Brown rules out automatic spot for any player