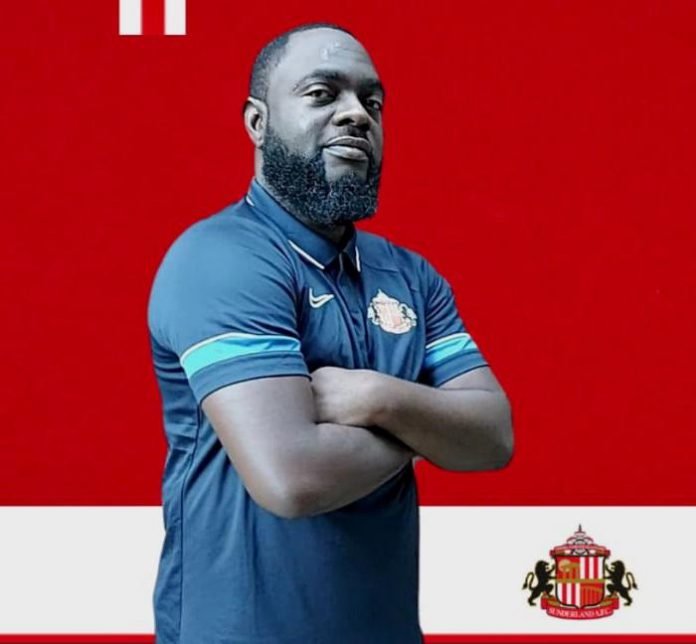 The UEFA licensed coach who has been living in the United Kingdom for over 20 years, put pen to papers last month and he’s looking forward to memorable years ahead at the Stadium of Light.

Speaking to in an exclusive interview, the United Kingdom based coach, Nosa tagged the move a dream come true and huge step in his career.

“The move to Sunderland is definitely a dream come true and a huge step in my career.

“I have always said to myself, if I ever wanted to make the leap into the professional environment my first choice would definitely be Sunderland.

“The facilities they (we) have are second to none and the Academy is among the leading ones in Europe,” he said.

The 37-year-old also spoke on why he decided to pitch his tent with the Black Cats in the exclusive interview with Pulse, despite, tempting offers from two English premier league clubs.

“I did get opportunities from different clubs including two premiership clubs, but my heart has always been here. They are renowned for their academy reputation and success in this area.

“The owners are investing in a big drive recruitment at the moment trying to get the best backroom staff and have set a plan to help the Club to keep developing.

“It’s a fantastic time to be here for me. I’m surrounded by so many experienced coaches so I will be definitely adding to my knowledge of the game,” he said .

The UEFA trained coach, who is also an IT Technical Consultant within the private sector in the UK, revealed his plans for his pet project –Center Circle Academy.

“Center Circle Academy is a project that’s kicked off really well here in the UK. I have made solid coaching team and we are doing our best for the young adults.

“We are supporting them in football and outside football. Assisting with education and employment. I understand the importance of education “as a naija man,” he concluded.

Nosa who is a graduate of the University of Manchester, has won several trophies with his former employer since he joined them in 2014. He’s a step away from completing his UEFA A coaching course, which will place him amongst top football coaches in the World.

Breaking News: Osimhen out of Nations Cup, will be out for...