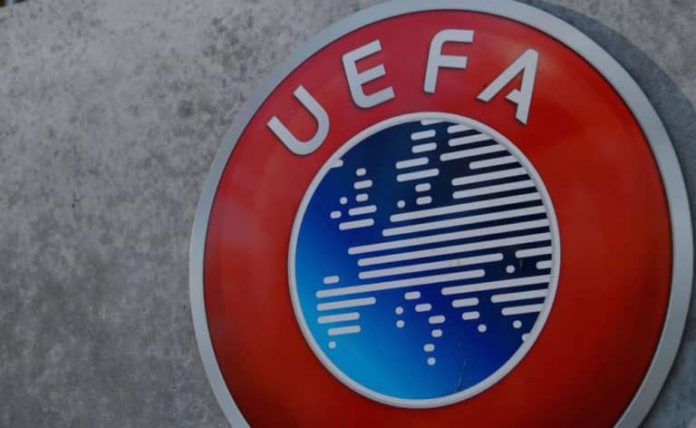 Russia’s attempt to overturn UEFA’s decision to suspend all Russian football teams from European competitions has been rejected by the Court of Arbitration for Sport (CAS).

The governing body of world football, FIFA, and European football, UEFA, ruled jointly on February 28 that all teams and clubs from the country could not take part in their competitions, and announced the venue of this year’s Champions League final would move from Russian city St Petersburg to French capital Paris.

The Football Union of Russia (FUR), the equivalent of the English FA, had requested that the call was waived before the results of a full hearing – but the CAS has insisted the ruling will remain in place for now.

A CAS statement said: ‘The president of the appeals arbitration division of the CAS has denied the request filed by the FUR to stay, for the duration of the CAS proceedings, the execution of the UEFA executive committee’s decision to suspend all Russian teams and clubs from its competitions until further notice.

‘Consequently, the challenged decision remains in force and all Russian teams and clubs continue to be suspended from participation in UEFA competitions.’

The decision means Spartak Moscow, the only side left in the latter stages of the Champions League, Europa League or Europa Conference League, were thrown out of the Europa League last 16, with their opponents RB Leipzig receiving a bye.

The result of a parallel appeal against FIFA’s decision to throw Russia out of the 2022 World Cup is set to be issued before the end of this week.

Currently, the national side cannot take part in qualifying for the FIFA World Cup, with their opponents Poland receiving a bye.
The statement added: ‘Football is fully united here and in full solidarity with all the people affected in Ukraine.

‘Both presidents hope that the situation in Ukraine will improve significantly and rapidly so that football can again be a vector for unity and peace amongst people.’

CAS may yet rule to overturn FIFA and UEFA’s decision when it makes its full judgment, which would see Russia reinstated. But Tuesday’s interim verdict perhaps suggests how the court might later act on Russia’s request to block the FIFA ban.