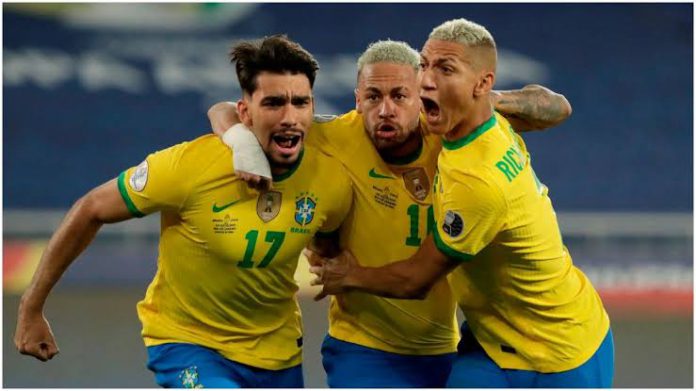 Brazil had striker Gabriel Jesus sent off in their Copa America quarter-final against Chile but held on for a 1-0 win to set up a semi-final against Peru.

Lucas Paqueta put Brazil ahead in the second half before Manchester City’s Jesus was sent off within two minutes for a high challenge on Eugenio Mena.

Chile piled on pressure but the closest they came to an equaliser was Ben Brereton’s header hitting the bar.

Peru advanced after beating Paraguay 4-3 on penalties after a 3-3 draw.