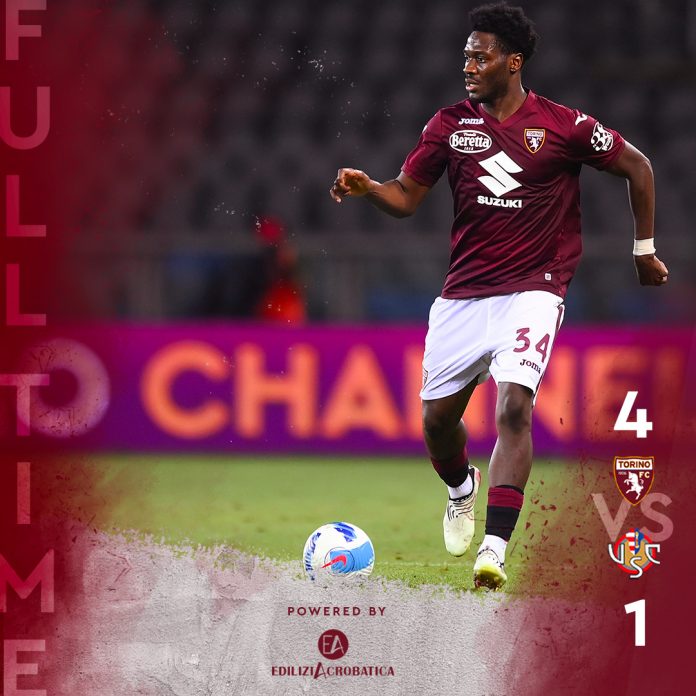 Despite scaling through to the next round of the Copa Italia, Nigeria’s Super Eagles and Torino defender Ola Aina is far from satisfied with the club’s performance.

The Italian Serie A side has to labour hard before they could dispatch the second-tier club Cremonese in the first round of the Copa Italia.

Aina spent last season on loan with the English side Fulham who suffered relegation last season but the Nigeria international was able to distinguish himself with amazing performances.

“We all need to improve before the start of the season. Tonight we eventually got the job done. Next round on the Copa Italia”, he said.

Aina is expected to be included when Torino face Atalanta in the match day one of the season on Saturday.

Complete our E-block project within 4 months – Aflao Chief to...

Bose Omolayo Wins Gold For Nigeria In The Female 79kg ....

US Summer Series: Oluehi Hope For Better Outing Against Portugal