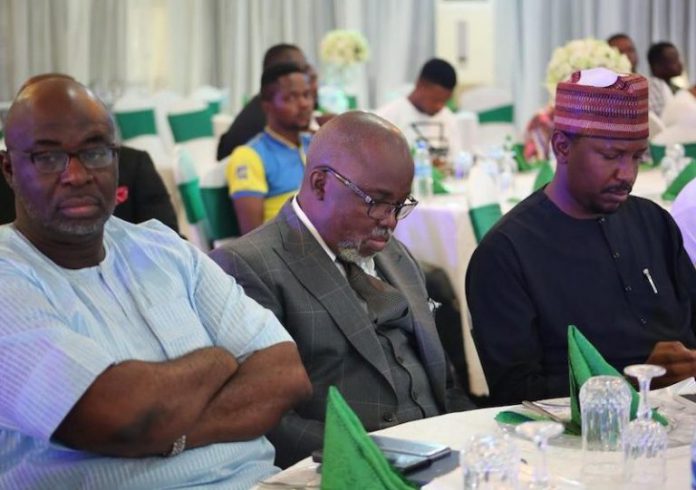 With Amaju Melvin Pinnick confirming he would not be standing for re-election, the race to the presidency of the Nigeria Football Federation (NFF) hot up with four gladiators already showing interest.

Findings indicate that League Management Committee (LMC) chairman and second vice president of the NFF, Malam Shehu Dikko tops the list of those who have indicated interest in replacing Amaju.

According to sources, Dikko, who holds a Master of Business Administration from Ahmadu Bello University, is the preferred choice of the incumbent while Alhaji Gusau, who’s seen as one of the strong backers of Amaju, has so far refused all entreaties to forgo his interest for the LMC chairman.

Barrister Akinwunmi is said to be dogged in his aspiration to take over from his boss and through his relationship with the South West FA chairmen believes he can garner enough support to clinch the position. Not much is known of Mouktar but he’s said to enjoy the backing of the National Assembly haven been Special Assistant on Sports to the President of the Senate between 2015 to 2019.

Although Alhaji Maigari has not publicly declared his ambition to return to the Sunday Dankaro House, source close to him said that he wants to contest the September election.