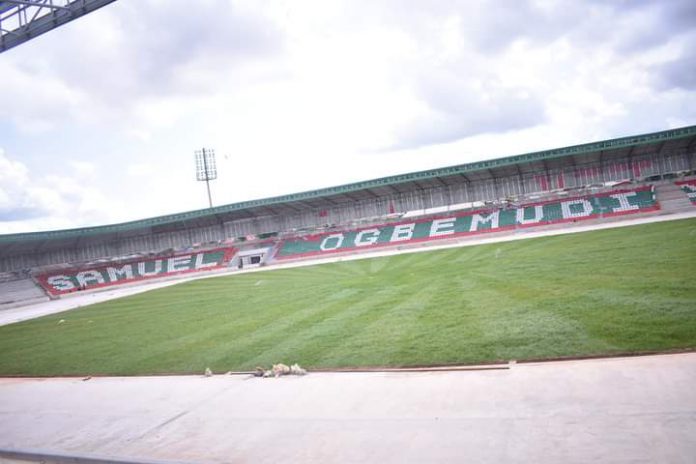 Edo Government on Friday assured it was ready to host a befitting final of the men and women competitions in the 2021 Aiteo Cup.

“The state is 100 per cent ready for the finals, as logistics needed to host the finalists in the male and female categories of the competition have been put in place,” the official said.

reports that the two final matches will be played at the Samuel Ogbemudia Stadium in Benin on Sunday.

FC Robo of Lagos and Bayelsa Queens of Yenagoa will fight it out in the final match of the Aiteo Cup competition’s female category at 3:00 pm.

Bayelsa United of Yenagoa and Nasarawa United of Lafia will slug it out in the men’s final at 6:30pm.

Chikere noted that the Godwin Obaseki-led Edo government had invested so much in providing sports facilities to curb unemployment and reinvent sports development in the state.

“I want to categorically say that all the logistics needed to make this hosting a huge success have been put in place by the state government. We are 100 per cent ready to host the finals.

“We have done everything as far as hosting of this event is concerned. Edo is very happy to have been given the opportunity to host the finals of one of the oldest football events in Nigeria.

“If you follow our activities very well, you will see that the leadership of Edo by Godwin Obaseki and Philip Shaibu is totally committed to using sports as a tool to reduce unemployment in the state.

“This is why the government has invested huge sums of money into building an Olympic-size stadium with standard facilities for our athletes to train, so that they can compete favourably with their counterparts across the globe,” she stated.

Chikere added that government was fully determined to return Edo to its premier position in the sports circle in Nigeria.

“In the past, Edo have always come first, because we set the pace while others follow.

“But thank God that we have a government that is fully devoted and ready to rewrite the history of our sportsmen and women, by ensuring that they key into this programme to better their career in sports.”