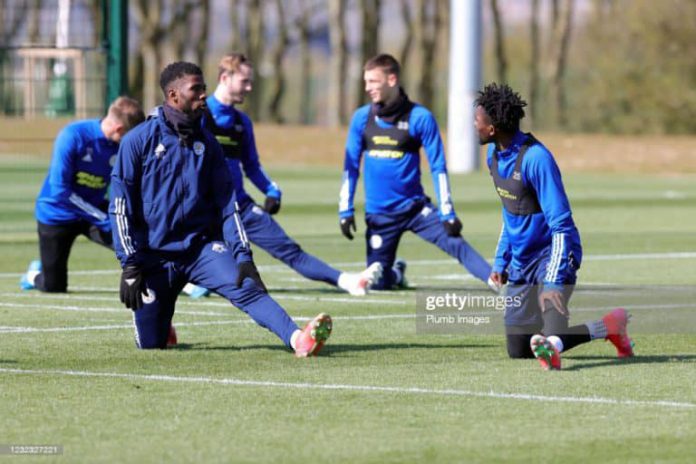 Leicester City manager Brendan Rodgers has delivered a positive injury update on Wilfred Ndidi ahead of his side’s trip to the Brentford Community Stadium for a Premier League meeting with The Bees.

The Northern Irishman has suggested that the Super Eagles holding midfielder is on the verge of returning to the Leicester City side from injury.Ndidi had to play through the pain barrier in his last appearance for Leicester City against Burnley after suffering a hamstring injury and has been sidelined for approximately one month.

Apart from the missing matches against Spartak Moscow, Crystal Palace and Manchester United, the former Racing Genk ace was not available for selection when the Super Eagles faced Central African Republic this month. Rodgers revealed that Ndidi is recovering well and could be back on the pitch around the second week of November.

In quotes relayed by Leicester City’s official website, Rodgers said : “James Justin will start training with the team very soon, so that’ll be great news for us. Wilf isn’t too far away, but that’ll probably be around the next international break.”Rodgers is delighted with the form of Ndidi’s international teammate Kelechi Iheanacho, who has either scored or assisted in his last five games for the Foxes.”Kelechi is now a consistent performer. He can score goals and create goals and he works very, very hard.”

Churches want the government to rethink ban on gatherings

Boost for Liverpool as Diogo Jota set to return to ...