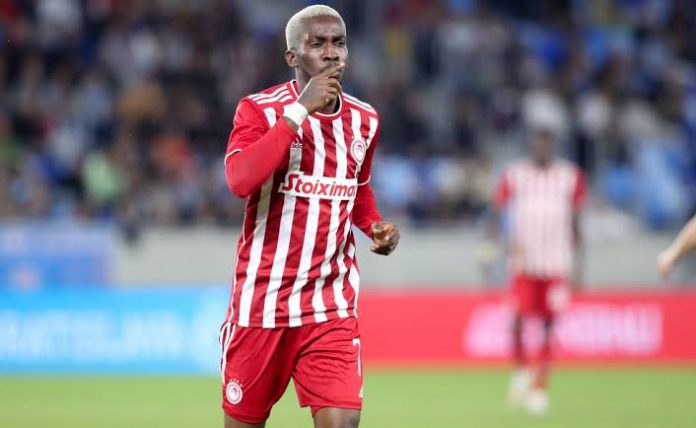 Nigeria’s Super Eagles winger, Henry Onyekuru, was the hero on Thursday evening as he helped Olympiakos of Greece to the group stage of the UEFA Europa League.

The former Eupen of Belgium player joined the Greek side this summer from the French Ligue one club AS Monaco.

Olympiakos edged Slovakia club Slovan Bratislava 2-5 on aggregates after securing a 2-2 away draw on Thursday evening.

After winning the first leg 3-0, Onyekuru was one of the goal scorers as Olympiakos played out a much-needed draw.

El Rabi of Egypt netted the first goal for the away side before Henry netted the equalizer for Bratislava.

The Nigeria international lived up to the expectations by scoring the second in the 54th minute but Bratislava did enough to equalize through Green in the 62nd minute.

The result ensured that Olympiakos qualified for the group stage of the Europa League.

Effects of galamsey disturbing; fight must be intensified – Sanitation Minister