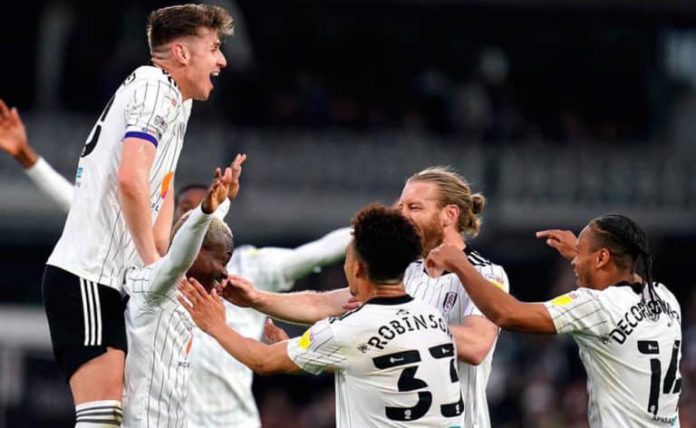 Fulham have finally been crowned
champions of the Championship after
thrashing Luton Town by a 7-0
scoreline.

Marco Silva’s side have spent most of
the campaign at the top of the
standings and secured an immediate
return to the Premier League on April 19.

However, title celebrations have been
put on hold courtesy of just one win
from five matches, keeping a certain
level of pressure on the Cottagers
heading into Monday’s fixture.

Nevertheless, the West Londoners blew
the playoff candidates away, opening
the scoring through Tom Cairney in the
29th minute and never looking back.

Kenny Tete netted a second before the
half-time whistle, with Fabio Carvalho,
Aleksandar Mitrovic (twice), Bobby
Decordova-Reid and Jean Michael Seri
all getting on the scoresheet after the
break.

Fulham have also now reached three
figures for goals this campaign, scoring
a total of 106 goals from their 45
fixtures.

Meanwhile, Luton need to defeat
Reading on the final day of the season
to guarantee a place in the playoffs.

Alchemist joint on the spot again after bouncers filmed molesting a...

Govt had plans to raise money for e-tolls through fuel levy,...

The latest on De Gea vs Henderson ahead of Man United’s...