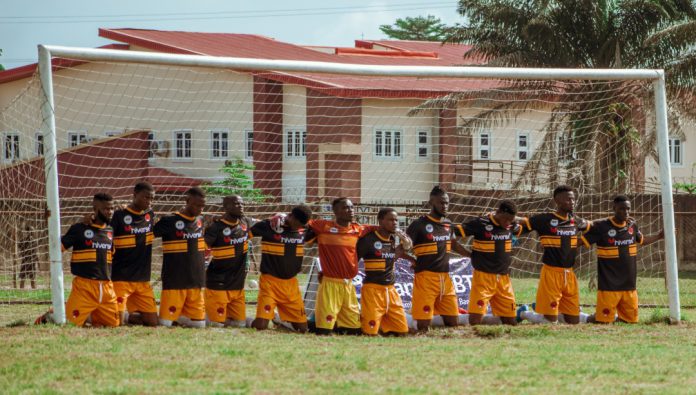 UNIMAID Desert Warriors has made a strong claim for a place in the finals of the ongoing Higher Institutions Football League (HiFL) as the team defeated the FUTMinna Transformers from the Federal University of Technology 1-0 in the first leg of the semi-finals played in Maiduguri.

Excited at the level of competition and sportsmanship in the league, Beiersdorf’s Managing Director, Nigeria, Mr Godwin Harrison said, “Nivea Men is thrilled to come on board as HiFL’s Official Men’s Grooming Partner in 2021. The partnership will enable us to support the nurturing of football talents among Nigerian youth while connecting with our young future consumers through a sport the whole country is passionate about.”

Also, the Brand Manager, Minimie, Monica Jaiswal said “this is an opportunity for us at Minimie to appreciate what HiFL is doing by allowing our youths to express themselves. We see it as a great idea that needed to be supported to grow, hence our involvement in HiFL.”

Meanwhile, in the game played at the University of Nigeria Sports Complex in Nsukka, the UNN Lions were held to a 1-1 draw by their visitors, AAUA Luminaries from the Adekunle Ajasin University, Akungba.
The Luminaries led by Coach Joseph Abuo scored the first goal in the 11th minute through Ayomide Akinlosotu before Chinegwu Obinna scored the equalizer for the Lions in the 22nd minute after some passes. Coach Ike Chijoke led Lions were limited to long-range shots as the Akungba boys showed their resilience in defence and held to their away goal advantage going into the second leg. In his reaction, Stanbic Man-of-the-Match Destiny Onukafor of the Lions maintained that his team may be down but not out promising that the Lions will re-strategize as they seek to get the desired return when they play the return leg in Akungba.

HiFL is organized by PACE Sports in partnership with the Nigerian University Games Association (NUGA).

‘How Delta State Will Host The Best Games In History’ – Okowa

US condemns escalation of violence in Ethiopia’s Tigray

Ghana Defender Reveals How Mikel Help Him With Chelsea