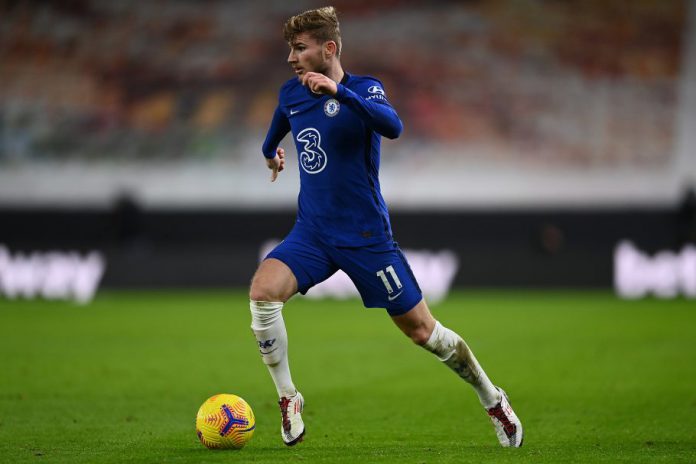 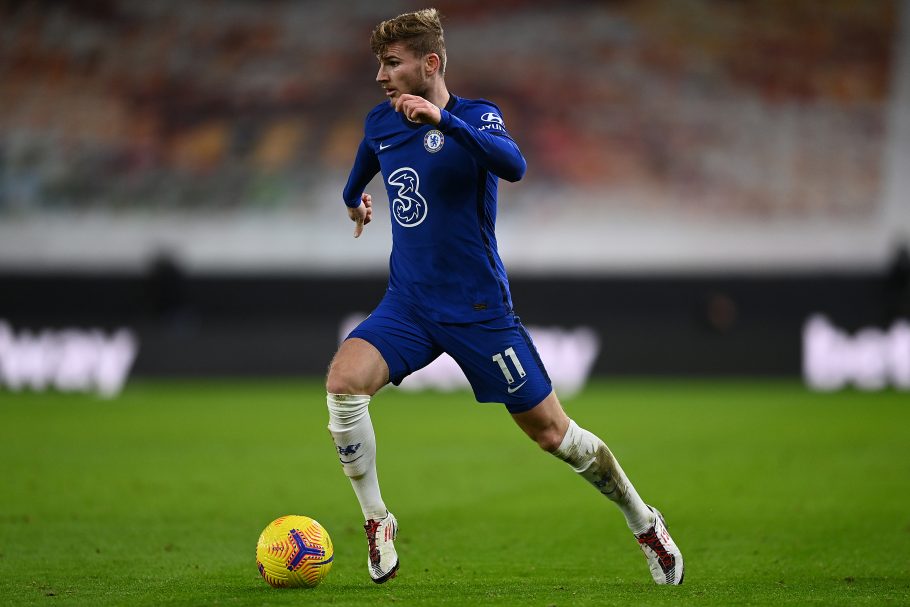 Timo Werner has ultimately not been able to replicate the goalscoring regularity which earned him the move to Chelsea from RB Leipzig in the previous summer window.

Several of his former coaches have since come out to have their say on the German striker, suggesting ways in which Chelsea’s former coach Frank Lampard and now Thomas Tuchel could get more from forward.

“Timo was the undisputed star striker in Leipzig for a long time, with many goals and a lot of influence on the development of the club. He always played there, even when he made a meter less in training.”

“At Chelsea he is one of many stars and has to Working on certain things, Thomas Tuchel will surely tell him that,” said RB Leipzig boss Julian Nagelsmann. 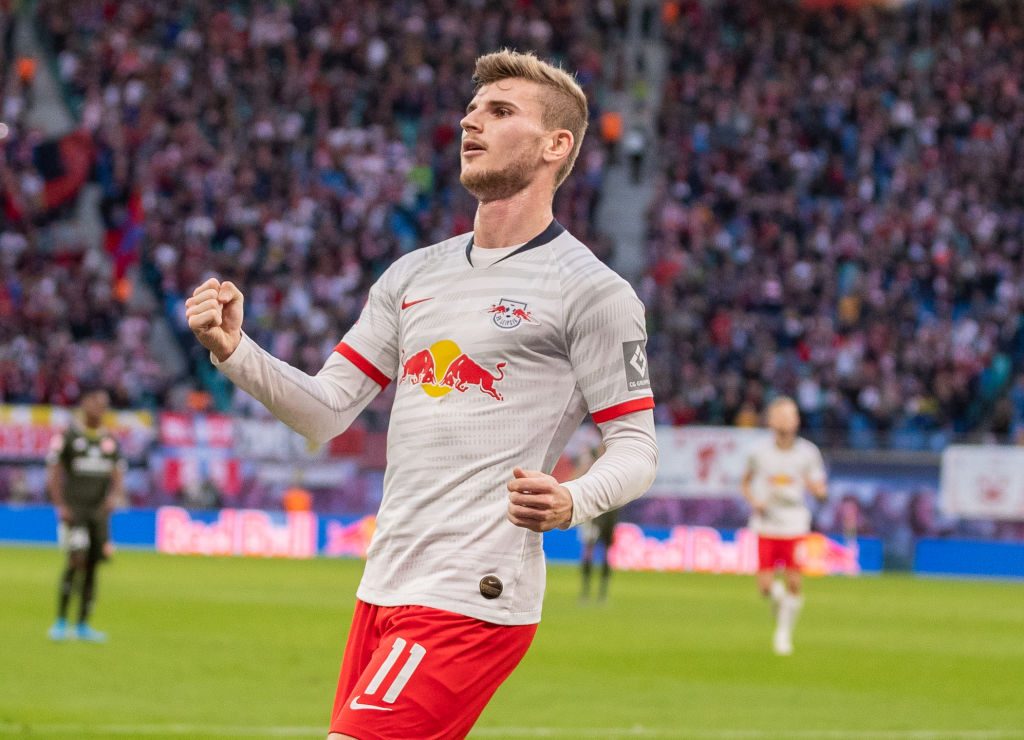 Meanwhile, Southampton and former Leipzig boss Ralph Hasenhuttl said that Werner is a player which the team must focus around to get the best from him.

“He is definitely a player where you have to adapt your game on him. If you do this, he will give you everything you need from a striker. But therefore, he has some qualities you really have to focus on,” said the Austrian coach.

“The good thing for him, I think at Leipzig, when I was there, is we concentrated completely on his qualities.”

Werner has often been used in a wider role to allow for one of Tammy Abraham or Olivier Giroud to occupy the central striking position.

Ahead of Chelsea’s trip to Anfield where Werner could once again be used in a wider position, the German international has spoken honestly about the struggles he has had since moving to Chelsea.

When asked about his goal drought he admitted that it was difficult for him to deal with.

“It was tough for me because I want to help the team,” Werner told the BBC. “I want to score, it’s in my nature, I am a striker. I never had it in my career before,” he added when asked about the goal drought.” 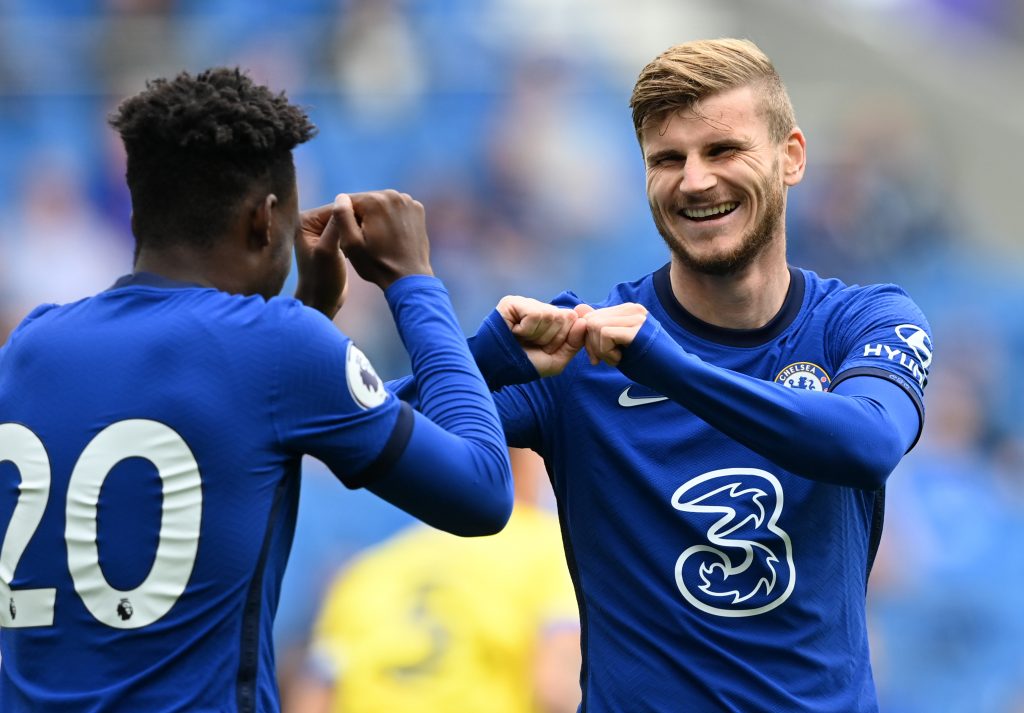 BRIGHTON, ENGLAND – AUGUST 29: Timo Werner of Chelsea celebrates after scoring his team’s first goal during the pre-season friendly between Brighton & Hove Albion and Chelsea at Amex Stadium on August 29, 2020 in Brighton, England. (Photo by Darren Walsh/Chelsea FC via Getty Images)

“You can always learn more from the bad situations. I learned to trust in myself, to give everything on the pitch, not only think about goals and fight for the team.

“Now I hope this period is gone and I score a few more goals until the end of the season.”

Werner has only scored 5 goals in 25 Premier League appearances this season. However, he has added 8 assists and a different dimension to his game, helping to create for his teammates.

Should he add the goals in which he was able to score in Germany to his repertoire in England, he has the potential to be an all-round top class striker and justify the transfer fee at the blues paid for him.

Nagelsmann analyses the problems with Liverpool & Timo Werner at Chelsea 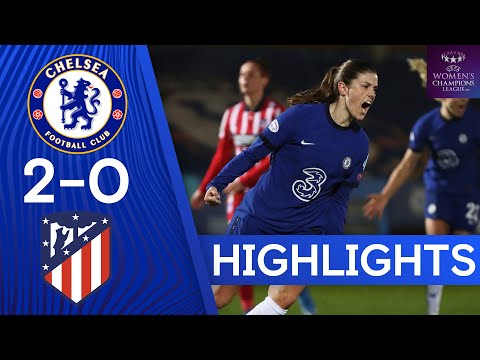 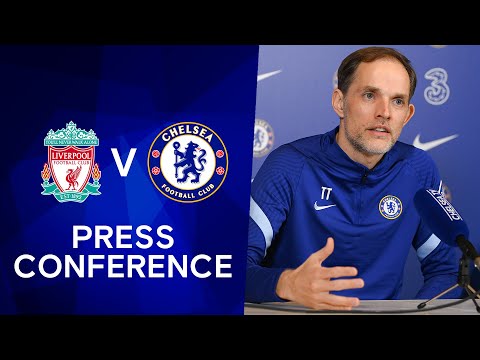