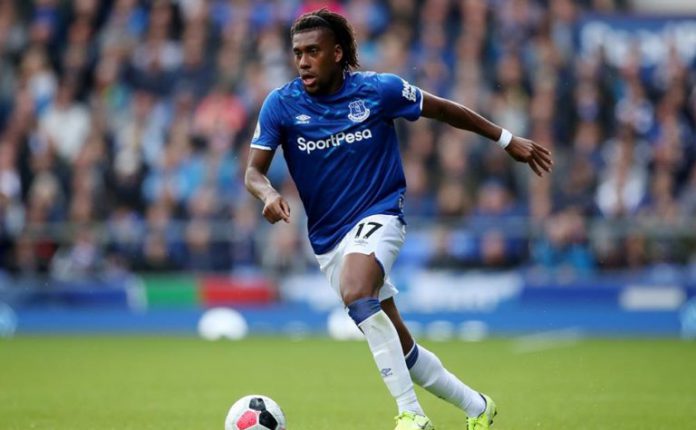 Manchester United missed the chance to go level on points with Tottenham Hotspur and Arsenal in the race for the final Champions League spot after they were defeated 1-0 by Everton at Goodison Park on Saturday afternoon.

Anthony Gordon’s effort, Everton’s first of the game, deflected off Harry Maguire and into the corner of the net, with Iwobi involved in the build-up to the opener.

Prior to Gordon’s goal, Manchester United had two chances to take the lead but were denied by two excellent saves from England number one Jordan Pickford.

Iwobi impressed in the second half, tracking back to help out with defensive duties as Manchester United pushed for an equaliser.

Around three minutes to go in stoppage time, Pickford made another big save, sticking out his hand to keep out Ronaldo’s effort before diving on the loose ball.

Following back-to-back home wins, it means Everton have a four-point cushion above the bottom three after a poor week that saw them lose to West Ham United and Burnley after the international break.

Big win for Man City, Liverpool & others as CONMEBOL suspends...