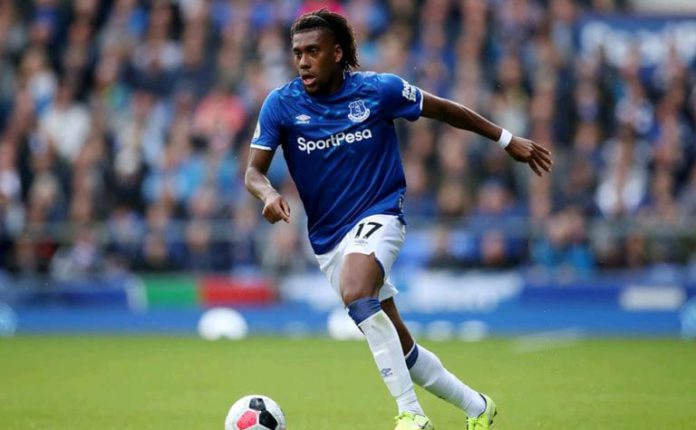 Two Nigeria-eligible players in the shape of Alex Iwobi and Francis Okoronkwo have been nominated for Everton’s October Goal of the Month award, informs the official website of the Toffees.

The Everton Goal of the Month features a collection of strikes across Everton’s men’s, women’s and age-group teams.

Super Eagles playmaker Iwobi has been nominated for his memorable strike against Manchester United in a Premier League game at Goodison Park on October 9.

With his uncle and Nigeria legend Austin Okocha in attendance, Iwobi curled a stunning strike past the Manchester United goalkeeper after a loose ball fell to him five minutes into the contest.

Okoronkwo’s effort for Everton U21s in a 6-3 rout of Manchester City in the Premier League 2 on October 29 has made the nine-goal shortlist.

With fifteen minutes left on the clock, Okoronkwo scored Everton’s sixth goal with a thunderous strike off the underside of the crossbar after a powerful run.

The other six contenders for the Goal of the Month are Dwight McNeil who has been double nominated, Tom Cannon, Lucy Graham, Dominic Calvert-Lewin,  Anthony Gordon and Charlie Whitaker.

Messi Surpasses Ronaldo In Another Stat, For The Second Time In...