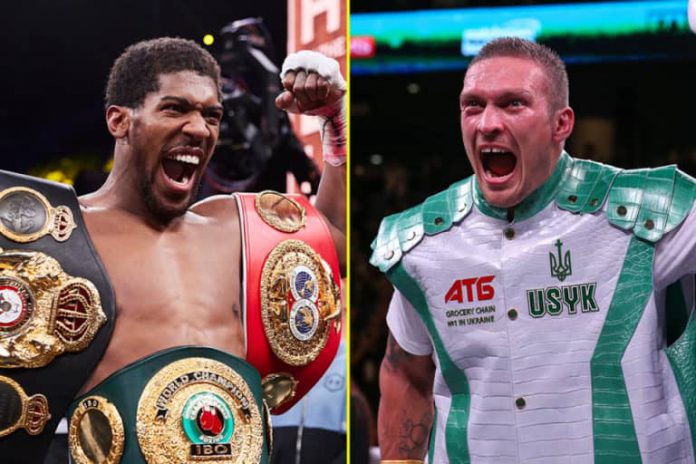 ANTHONY JOSHUA will not step aside from his rematch with Oleksandr Usyk. Joshua was beaten by the Ukrainian slugger in September and had the right to an immediate rematch in his contract. But Tyson Fury fancied fighting Usyk instead for all the heavyweight marbles in an undisputed title fight.

Joshua and Hearn were at least open to considering a deal, but now the WBC has ordered Fury to fight Whyte. It looks to have ended any chances of a unification and all-but guarantees AJ will rematch Usyk next year.

“But we forgot the Dillian Whyte part of that jigsaw. Now the Fury versus Whyte fight has been ordered then that concept has evaporated, which is good as I didn’t want to have that conversation with AJ.

“But I would have had it if it was a good conversation to have. All he wants to do is try and win the heavyweight championship again.” Whyte, 33, has been long overdue a shot at the world title and now finally has his chance.

Cardiff and Manchester are frontrunners to host the grudge match and offer WBC champion Fury, 33, a homecoming, having not boxed in the UK since 2018. Joshua, 32, and Usyk, 34, meanwhile are set to rematch before April.

APC Ticket: When I Was Almost Fed Up, I Resorted To...