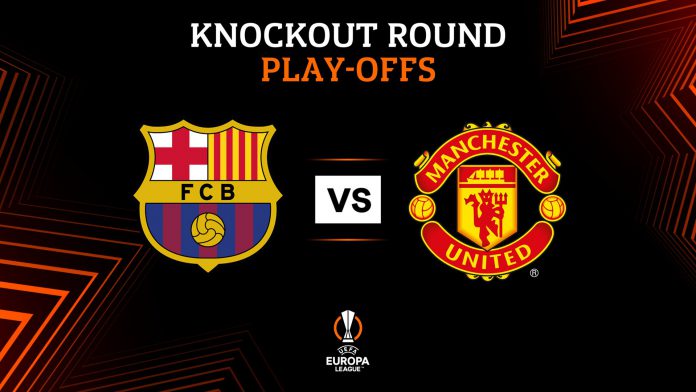 Manchester United and Laliga Giant, Barcelona have been drawn together in the Europa League knockout round play-offs.

The next level of the competition will as well features eight runners-up from their Europa League groups, which includes the English side playing the eight teams who were third in their Champions League group.

The first legs will starts on 16 February, with the second legs on 23 February.

The winners go into the last-16, which includes Arsenal after they topped their Europa League group.

Eric Ten Hang who runner up behind Real Sociedad in their group, will be away for the first leg at the Nou Camp, followed by a meeting at Old Trafford seven days later.

Recall that United side were heavily linked with Barcelona and Dutch midfielder Frenkie de Jong during the summer, but the Dutch international ended up staying with the Spanish side.

Barcelona, who are top of La Liga, finished third behind Bayern Munich and Inter Milan in their Champions League group.

“We will have to compete, going to Manchester against a really top rival and an historic side which has grown a lot with the arrival of [Erik] ten Hag,” said Barcelona boss Xavi.

“[They have] great individual players and it is the toughest rival once again in the Europa League.

“It’s a massive challenge for us.”