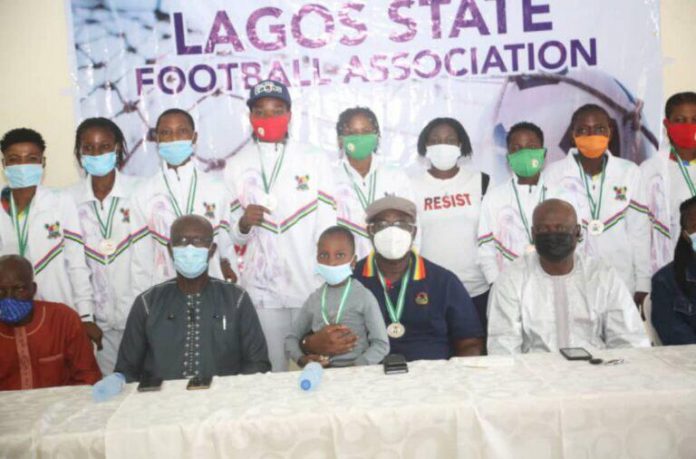 “We are here to welcome you back home and to say thank you to the team’s contingent, coaches, players, and backroom staff, we are proud of you all. We appreciate your attitude and the kind of football you played. Your progress is our mission, you have got the experience and you all will be stronger. You all have made us proud,” emotional Akinwunmi said.

Akinwunmi commended the Lagos State government and the Sports Commission for their support despite the challenges the team encountered during the qualifiers and accreditation of players for the Festival.

“We appreciate the Lagos State government and the Lagos State Sports Commission for their support. We are ready to support your progress, we know what we have done to support different kids in Lagos, footballers and also those willing to acquire education. We have saved a lot from slavery contracts as well.

“We are not interested in football agencies, we are only interested in your success. We are here to guide you and support your progress. This is the beginning for you all, you have to continue working hard. The glory is for us in Lagos, this is the reason why we have to work together as a family. My board members have been fantastic and we are proud that our work has come to fruition.”

The head coach of the men’s team, Hamidi Suleiman shower praises on his boys for their performance in Benin City despite the drama and intimidation in the final game.

He said; “We appreciate the opportunity for us to compete in the Festival, I want to salute my boys for their performance despite the challenges in Benin City. It was an amazing experience and I think we were good ambassadors of the State. We lost in the final, football is a game of chance, but despite losing the final game, we were the center of attention for those at the stadium.”

Handling LGBTQ+ issue well will be a credit to Ghana’s democracy...