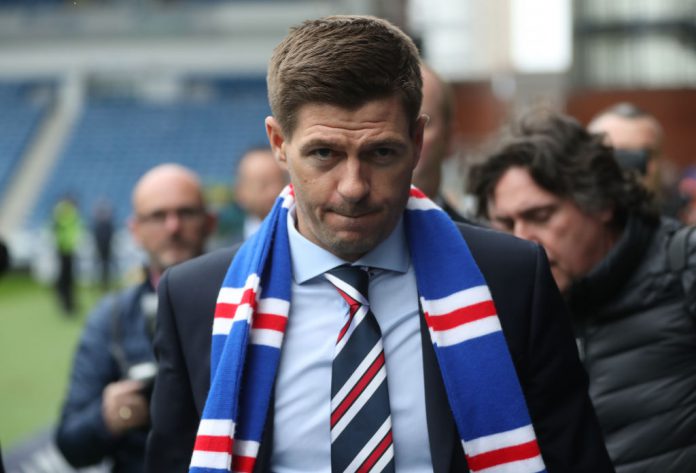 Liverpool have taken to social media this afternoon, to congratulate club legend Steven Gerrard on his title success with Rangers.

The news was finally made official early on Sunday.

After Celtic failed to get the better of Dundee United, Rangers were officially crowned as champions of Scotland for the first time in a decade.

Gerrard’s men have enjoyed a stunning campaign to date, which has seen them rattle off wins in all but 4 of the club’s 32 league outings.

With city rivals and perennial champions Celtic, on the other hand, enduring a down season, it had long stood as something of a formality that the Scottish top-flight title would be making its way back to Ibrox.

In turn, after re-establishing a 21-point advantage over the Hoops with a 3-0 victory over St. Mirren on Saturday, the Gers’ fans and players alike couldn’t help but make their excitement known:

And now, on Sunday, the party can truly begin, bringing an end to a long and at times painful 10-year title drought.

On the back of their 55th league crown being made mathematically official, Rangers have since unsurprisingly made full use of the club’s social media platforms, to celebrate a stellar campaign.

And it is one such post on the part of the Blues which has provoked a response from the title holders in England.

Amid a tumultuous campaign to date, which is set to see them surrender the Premier League crown over the weeks ahead, Liverpool have of course been tipped to bring club legend Steven Gerrard back to Anfield, in the case that Jurgen Klopp ultimately comes to the decision to move on.

And the Reds’ response to their midfield icon’s wonderful achievement up north – as showcased below – is unlikely to do much in putting the brakes on such speculation: