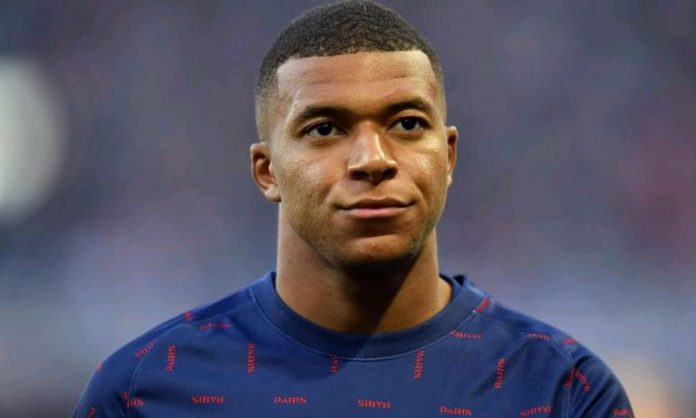 Kylian Mbappe sensationally wants to quit Paris Saint-Germain in January because his relationship with the French club is ‘completely broken’ – but he will not be allowed to join Real Madrid, according to reports.

Spanish newspaper, Marca has reported that Mbappe told PSG he wanted to leave in July amid significant interest from Real Madrid, who bid £154million for the 23-year-old in the summer before he snubbed the Spanish giants to sign a new contract in Paris.

But Marca has now claimed that PSG will not entertain any offer from Real if Mbappe does leave now, leaving Liverpool as one of his only feasible options.

According to the publication, PSG have agreed to work on Mbappe’s exit provided it met certain conditions, including that a move to the Bernabeu be taken off the table.

Liverpool manager, Jurgen Klopp has expressed interest in Mbappe, considered one of the best players in the world, in the past but the finances involved could be a stumbling block to any deal with the Reds.

He has been consistently linked with Klopp’s side in recent years, with the Frenchman reportedly keen to test himself in the Premier League.

The French star signed a new deal with PSG worth a staggering £650,000-a-week in the summer, but the eye-watering contract has not prevented continued speculation over his future.

Mbappe has cut an unhappy figure in France in the early part of the new season and he has openly slammed coach Christophe Galtier’s tactics and also appears to have fallen out with Neymar.

French outlet Le Parisien also say Mbappe feels ‘betrayed’ by the club’s hierarchy and believes they have failed to deliver promises that were made when he signed his new contract.

Le Parisien also claimed that advisor Luis Campos also wants to quit the club because he too feels ‘betrayed’.

Mbappe has notably felt frustrated with Christophe Galtier’s attacking system, and has publicly explained that he prefers playing in a two-man system alongside a pivot, like he does with Olivier Giroud in the national team.

However, according to L’Equipe, the contract Mbappe signed is actually only for two years, with the third year an optional extension at the hands of the French international.

This means that at the end of this season, the forward will enter the final 12 months of his deal, and PSG will again be in the position of deciding whether to try to extend his contract or sell him to avoid losing him for free.

Drive to compensate ex-miners with TB or silicosis

Pirlo: Cristiano Ronaldo ‘fired up’ ahead of Juventus vs Porto